Laura Pausini: Pleased to Meet You, Recounts the Life of the Italian Megastar Gracefully 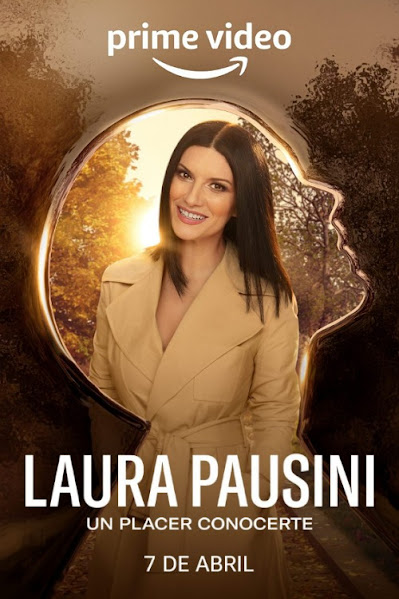 The new documentary on the life of the Italian singer Laura Pausini is an intimate and emotional portrayal, personal and delectable - with a good amount of previously unseen footage. A total crowd-pleaser!

The documentary is narrated in the first person by the singer herself. The journal presents Laura Pausini as a strong woman with solid family values deeply bonded to her loved ones. The feature emphasizes the international presence of the Italian star and the risks she took to attain everlasting glory in the music industry. 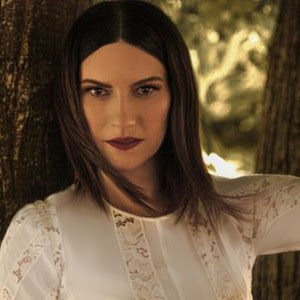 The non-linear project starts with Laura Pausini winning the Golden Globe for Best Original Song, “Io si/Seen,” from the 2021 picture “The Life Ahead/La vita davanti a sé.” The song is composed by the thirteen-time Oscar-nominee Diane Warren, Pausini, and Niccolo Agliardi. The emotions for the entire Pausini family continue, some of them in Italy, Laura in Los Angeles with her first Oscar nomination.

Daughter of an extraordinary musician and song composer, Pausini’s musical origins began on a fateful day when she missed her train to school and became inspired to write a song about missing the train while studying ceramics at the art institute in Romagna. She was invited to participate in the Sanremo Italian Song Festival at eighteen; she became the youngest contestant to win the competition in 1993.

Greatness and fame came suddenly for the talented Italian teen. She subsequently took the opportunity to sing with the most significant Italian singers, such as Luciano Pavarotti, Andrea Bocelli, and Eros Ramazzotti.
“Solitude/The Loneliness” was one of her first international hits. Her first tour was
Holland, Belgium, and Germany.
As her music has allowed her to travel the world, Pausini is familiar with many cultures yet feels closer to the Latin American culture. She started singing Spanish at nineteen and traveled to Argentina, Chile, Brazil, and Mexico multiple times - developing special closeness to the Latin people. Her first hit in Spanish was “Se fué/He’s Gone.”
After the talented Paolo Carta came into her life, they became family. He had four children from his previous marriage. Laura loves all of them the same, and for a long time, she longed for children of her own, yet it took time to accomplish the long-cherished dream of motherhood until 2013.

Pausini frequently asks herself what she would be doing other than singing if she had not won at Sanremo and muses that she may have become a housewife or architect. She couldn’t imagine other than a singer - there was no plan B.

Based on an idea of her own, the documentary adopted a non-chronological approach connecting Pausini’s lifestyle in the present day perfectly with her Italian roots. The project also presents Laura Pausini as a trooper, a combative warrior who never gives up, and a sensitive woman full of that special tenderness that characterizes her - always remaining humbly grounded to her culture, family, fans, and close ones. 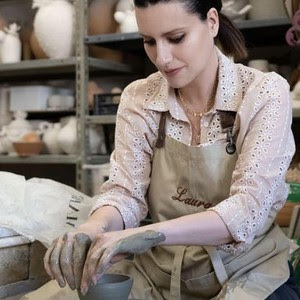 The narrative showcases the singer as a winning woman who longs for a “normal life.” After so many concerts and tours, Pausini wants to be with her family, friends, and neighbors, just like an average person.

An important lesson Pausini learned was that music can modify people’s thinking. In this connection, the documentary is subtly underscored, with a very small among of screening time of some of the greatest hits, including “Tra te il mare/Between You and the Sea” (my favorite), “Vivimi,” “Inolvidable” and “One More Time.”

For more than thirty years of a successful career, Pausini’s maturity helped her begin producing her records. Her first Grammy came with “Listen.” Instead of basking in the winner’s joy, Pausini sinks into the despair of her loneliness. Alone at the hotel on that glamorous night, she ordered a hamburger, the waiter brought her a bottle of champagne, and the two drank to her accomplishment. Subsequently, Laura won four Latin Grammy Awards.

“Laura Pausini: Pleased to Meet You” focuses exclusively on Pausini’s point of view and provides the viewer a limited vision of her story without reaching out to other people in the industry -  managers, colleagues, song producers, as well as other people who may see the world around her differently.

In terms of editing and breadth of information, the documentary directed by Ivan Cotroneo (“One Kiss,” “Kryptonite!”), is an emotional roller coaster appealing to the vast majority of viewers? Nevertheless, it doesn’t attain the mastery of other award-winning music documentaries that focus on women singers. For instance, Asif Kapadia’s “Amy” on the life and career of British singer/songwriter Amy Winehouse; Rob Epstein and Jeffrey Friedman’s “Linda Ronstadt: The Sound of My Voice” on the tragic life of the Mexican-American legend; or R. J. Cutler’s “Billie Eilish: The World’s a Little Blurry” a film on the teen sensation who took the world by storm. However, the charm of the Italian singer is sure to please everyone, even if we don’t speak Italian. 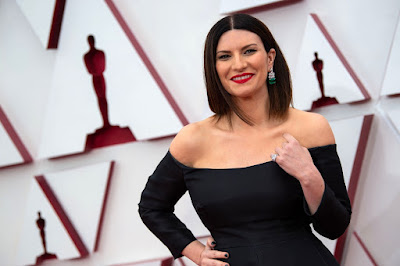 Streaming now on Prime Video, “Laura Pausini: Pleased to Meet You” invites American audiences to get to know one of Italy’s most famous singers, a charismatic woman with a prodigious voice who has conquered it all, including herself.

Laura Pausini: Pleased to Meet You trailer
Related Articles:
The World’s Best Female Lead Singer Movies
Clara Sola: Defines Feminism with Magical Realism in Costa Rica
Summer of Soul: The Music Fest that Gave Freedom to Thousands
Under the Volcano: The Golden Era of a Recording Studio in the Caribbean
Amy, The Brief Existence of A Shining Star
Violette, When Women Dare to Write
Annette: Swings Between “La La Land” and “Moulin Rouge!” Beautifully
Lunana: A Yak in the Classroom, Children Bhutan’s Hidden Treasure
Olga: The Ukrainian Who Represented Switzerland in Gymnastics
Undine: Dangerous Liaisons in Berlin
Cezanne and I, An Extraordinary Journey of Art and Friendship
The Mole Agent: No “Mission Impossible” for a 90-Year-Old Chilean Detective
A Fantastic Woman Love, Grief, and Compassion in Santiago
Parasite: Accomplishes the South Korean Dream
Roma, Anarchy, and Repression in an Epic B&W Mexican Drama
“Birdman or (The Unexpected Virtue of Ignorance)”
The Best Latina-Theme Movies in America
THE WORLD’S BEST FILM FESTIVAL POSTERS 2021
THE WORLD’S BEST FILM FESTIVAL POSTERS 2022
The Academy Museum of Motion Pictures Opens at Last

IF YOU ARE READING THIS FROM A MOBILE DEVICE, CLICK: view web version FOR OTHER COOL FEATURES SUCH AS TRANSLATE POWERED BY GOOGLE, THE INTERACTIVE FILM FESTIVAL CALENDAR, AND MORE AWESOME ARTICLES.