Amy: The Brief Existence of A Shining Star 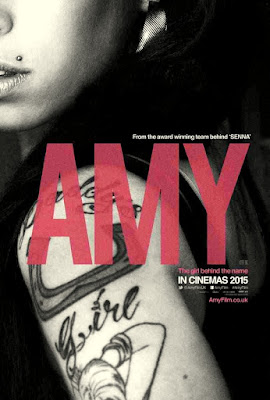 Truthful to her rebel spirit, the documentary “Amy” is a colossal piece of filmmaking. Genuinely good!


“Amy” celebrates the brief life of one of the greatest voices of Jazz and Soul ever heard, Amy Winehouse.

Her wild and sophisticated image and dazzling public fame contrast her innocence and vulnerability.


The linear documentary is candid, done with good taste, and a great respect for the late singer’s image.

The beauty of the documentary “Amy” lies in the immense and well-assembled amount of private and public material put together by Academy Award nominee director Asif Kapadia (“Senna”).


The documentary makes a bold approach to Amy’s life, combining the fantastic and rare footage with multiple narrators (close friends, boyfriends, agents, bodyguards, a husband, and her last lover), all of them talking about their experience with the great Diva, creating a sense of multiplicity, giving a deeper meaning to the story.

“Amy” innovates with a unique and stunning style by not having a solo narrator, giving more dimension to the character of Amy Winehouse. 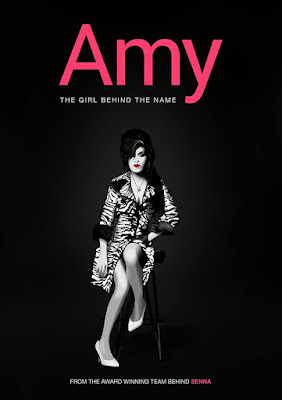 Impulsive and helpless, Amy’s controversy resides in the harmful external elements that made her fall into drugs, alcohol, and malnutrition.

She couldn’t make it to the awards ceremony in LA due to a failed drug test required by the American authorities.

Her level company held a private party in London.

Paradoxically, “Rehab” was one of her biggest hits.

As we see in the film, other elements affected her enormously, such as the media turmoil, her husband in jail, her foolish parents, and some of her best friends turning their back on her.

The paparazzi, contracts, presentations, and the pressure of her record company made her brief existence a living hell.

Was this much to handle when you are on drugs, young, beautiful, and famous?


The duet with Tony Bennett, her idol and inspiration, was very important to her.

During the recording, she wanted to aspire to perfection. In her own opinion, she couldn’t perform well enough.

Tony was patient, caring, and mesmerized by the powerful voice that told her:

“You are the best jazz singer in the world.”

The song “Body and Soul” is part of Bennett’s album Duets II; this was her last recording.
Her presentation in Belgrade in June 2011 was a complete disaster. She couldn’t put herself together, too drunk to stand still and perform in front of a thousand disappointed attendees who booed her off the stage.

“Amy” is a pleasant biopic to watch, enjoyable from begging to end.

“Amy” the movie flows majestically as a narrative feature but is a documentary.

“Amy” is mesmerizing and makes you witness the tragic life of “the little Jewish girl” from North London.


In recent years, two groundbreaking documentaries based on singers won an Oscar: “Searching for Sugar Man” on the mysterious disappearance of Sixto Rodriguez and “20 Feet from Stardom,” about the voices behind the most incredible Rock Stars.

Those precedents open the possibility for “Amy” to get the nomination and to lift the statuette at the Awards ceremony in 2016.


“Amy” holds the all-time box office record for a documentary in the UK, and it has taken America by storm, becoming an independent success.

Not only her fans and followers support the movie, but also people who like Jazz and Soul, others who appreciate good music, or anybody who wants to know more about what happens in an enormous singer’s short life.

We’ll miss Amy Winehouse greatly, and now we can see her and appreciate her music and personal time to our heart’s content in the accomplished documentary “Amy.”