Under the Volcano: The Golden Era of a Recording Studio of the Caribbean 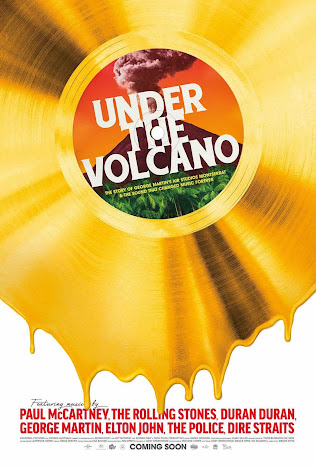 “Under the Volcano” is the work of a genius, musically speaking! Highly creative, entertaining, and invaluable documentary worth every bit!

This recently produced broadcast contains iconic material considered a legacy for future generations to come. It depicts the close collaboration between the Beatles’ music producer George Martin and some of the most famous and transcendental rock and pop musicians of the 1970s and 1980s, right under the seismic reverberations of the Soufriere Hills Volcano.

The well-crafted documentary has impressive archival footage of the people who worked in the recording studio on that mysterious island in the middle of nowhere.

Montserrat, also called the hidden gem of the Caribbean, is a pear-shaped paradise island located in the Lesser Antilles chain. In 1976, the legendary music producer purchased a piece of land on the island. George bought some of the best and most advanced equipment, including an enormous mixing console, to build the Air Studios. Looking for perfection and the finest quality in sound recording, George also brought in some of the most knowledgeable technicians available from London, Florida, and New York.

By creating a music recording studio on the island, George wanted to connect renowned talent with nature. George thought the music quality would improve enormously if he took the musicians out of their urban, glamorous, and vicious environment and placed them in an isolated location where they could focus on their creations.

Being locked up in the city’s studios made artists lose perspective. On the other hand, walking out of the island's studio for a nice hike at the beach, a splash in the swimming pool, or having drinks with the locals stimulated their creativity. They merged with the people and their festivities, and listened to the Caribbean musical roots, which influenced artists' new sounds - subsequently, their greatest hits. 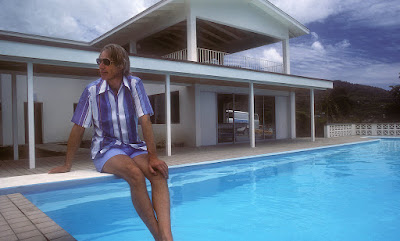 During the 1980s, the recordings reached the top charts, and more groups were attracted to work on the island of Montserrat. The band "Earth, Wind and Fire" recorded a double album there. Paradoxically, even the housekeepers and gardeners in the property were musicians too. 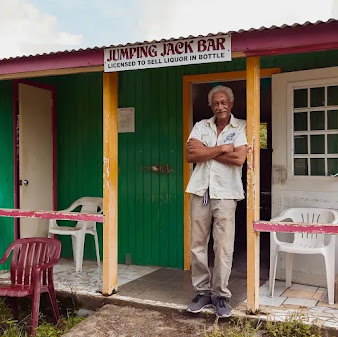 The 1980s will be remembered as the Golden Era of the Recording Studios. In the documentary, well-known musicians talk freely about their experiences recording their greatest hits on that island where distractions were none and the focus on their creativity was a must.

"Under the Volcano" directed by Gracie Otto ("The Last Impresario"), is a documentary that comprises a well-staged interviews, plenty of intimate and unknown footage – personal photos, newspapers, and articles provided by the vast majority of the constellation of Stars parading in such a hidden place.

After the terrifying images of the volcano’s eruption in 1995, nearly all the habitats were displaced. The paradox is that the place's success that holds the birth of the greatest hits of those famous musicians was confronted by the relentless forces of nature.

The enormous amount of information placed at the beginning of the documentary confronts the elongated and decadent scenes towards its big finale.

The documentary gained mixed reviews for political and social reasons.

“Under the Volcano” is an exceptional source of information for the general public. The accomplish documentary is a great spring of inspiration for musicians, recording engineers, music enthusiasts, and historians who can learn more about a hidden place in the world where the greatest hits and iconic albums were created.

Viewing “Under the Volcano” is to delve deep into the creative process of music conception.

UNDER THE VOLCANO Official trailer

DANCER” THE UKRAINIAN BILLY ELLIOT OF ‘TAKE ME TO CHURCH’