“Ice Poison” Is a Dangerous Drug 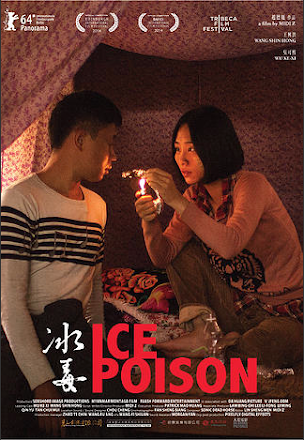 “Ice Poison” is a well-directed personal project by Midi Z (“Return to Burma,” “Poor Folk”). Filmed in an exquisite documentary style, the drama stickies the spectator's mind for a while impressively.

“Ice Poison” is Taiwan's 2015 Best Foreign Language Film Official Entry. The Best Picture Award winner of the at the Edinburgh Film Festival, Best Director at the Taipei Film Festival, the Official Selection at Tribeca, and part of the Panorama Section at the Berlin International Film Festival. 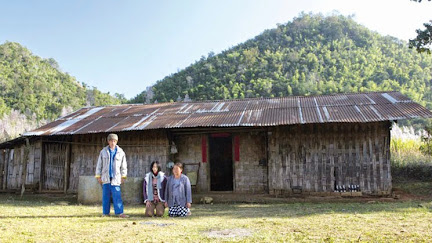 In farmland, people struggle to meet their ends. There are few options for the young ones: emigrate to a nearby country or a metropolitan area. Work in a jade mine. Those marginalized communities live in absolute poverty, and it is nearly impossible to borrow money from a family member because they have nothing to give.

An older man decides to sell his cow to buy a scooter and send his son to work in the city as a taxi driver. But everybody in the city lives under severe poverty circumstances, and many compete for the same jobs.
After a while, the young driver picks up a Chinese girl on her way to her grandfather’s funeral – since this is wartime in her home region, her son and her brother couldn’t join her, leaving her alone in sadness and despair. 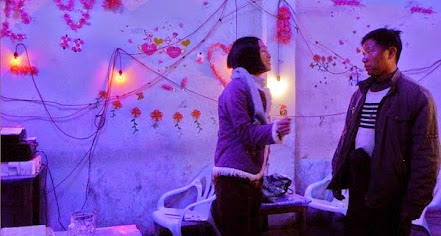 One event harmoniously takes us to the following experience with the film's seamless editing and impeccable structure. “Ice Poison” both storylines blend in perfectly.

Ice poison is a powerful synthetic stimulant drug that looks like crystal methamphetamine and gives users the courage and strength to do things they are afraid of doing when they are sober.

Suddenly, things like singing karaoke, falling in love, selling drugs, and making money seems easy until they eventually collapse into a delirious state of mind. 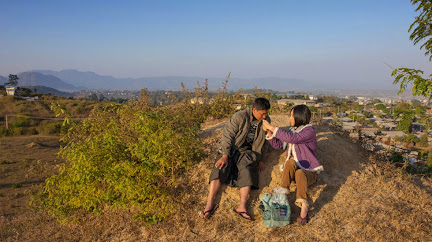 Desperation and impoverishment can push ordinary citizens to do the unthinkable, such as selling and consuming drugs despite the fatal consequences. This film reminds the audience of the dangers of the drug business that prevails in Asia and worldwide.

“Ice Poison” shows vividly a reality that many people in the world are experiencing right now.
“Ice Poison" or "Bing Du” is a co-production between Taiwan and Myanmar. Its humanistic approach shows how people cope and try to survive when few options are left and how society has decomposed itself using and trafficking drugs.

Despite the complicated subject matter, “Ice Poison” is a beautiful and truthful film to watch for its well-defined hyper-reality. A must-see movie!
TRAILER

Related Articles:
And Then We Danced: Folk, Love & Pride in Georgia
The Painted Bird: In the Dawn of the Holocaust
“Parasite” Accomplishes the South Korea Dream
Troop Zero; Young Earthlings on an Astounding Mission
“The Art of Self-Defense” – Can Karate Cure Loneliness?
“My Life as a Zucchini” The Animated Life of a Swiss Boy
“The Biggest Little Farm” Transforms Land Into a “Farmville” Reality
“ZOO” SAVING PRIVATE ELEPHANT
“Hunt for the Wilderpeople” Is the Funniest Manhunt Movie Ever
“Jurassic World: The Fallen Kingdom” “Honey I Blew Up the Dino.”
“Barry” And “The Wonder Years” Of Barack Obama
“Les Misérables” Boyz n the French Hood
“Tigers Are Not Afraid” And the Lost Boys & Girls of Mexico
“Güeros” A Lyrical Love Letter to Mexico City
“GOAT” WHITE BOYS DO CRY
“KICKS” A BUNCH OF KIDS OF COLOR ROAMING IN SUBURBIA
I Lost My Body; I Found An Animated Masterpiece
THE WORLD'S BEST FILM FESTIVAL POSTERS 2020