Jose Alberto Hermosillo,
Los Angeles becomes a French city for the next 9 days with the French Film Festival also known as COLCOA.

COLCOA (City of Lights – City of Angels) is one of the most prestigious and well organized film festivals in town, this year has a terrific line-up of films, documentaries, animation features, French classics, shorts, and this year's new secton:TV productions.
The festival is recognized for being the second largest French festival outside of France. Knowing this, tickets sold out fast for all the screenings four days in advance, but there still is a chance to catch some of those amazing French movies by buying tickets at the festival's box office. For more information, visit: www.colcoa.org
Festival in LA has selected the hottest French films showing at COLCOA 2015: 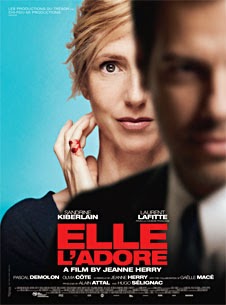 Directed by: Jeanne Herry.  This amazing dark comedy is about self-love vs. Selfless adoration, with the wonderful Sandrine Kiberlain (“9-Month Stretch”) as Muriel, the middle age, divorced cosmetologist who is “fan” of the great pop star Vincent Lacroix (Laurent Lafitte).

The performance of Sandrine Kiberlain is subtle, magnificent, one of the best performances of the year. It makes you really care for the poor fan than will do anything for the admired star. A great thriller with a French twist! 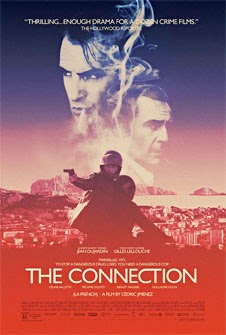 Directed by: Cédric Jimenez. Cast: Jean Dujardin (Academy Award Winner for best actor “The Artist”) as the magistrate Pierre Michel, whose goal is to dismantle the most notorious drug smuggling operation in history also known as “The French Connection.”

Inspired by true events, this stylish and larger-than-life crime is set in Marseille during the late 70’s. “The Connection” is an epic, intense true-crime novel translated wonderfully to the big screen. 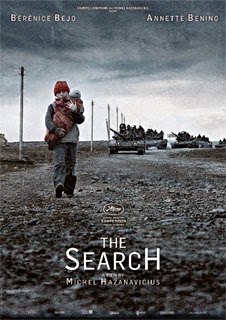 Directed by: Oscar winner director Michel Hazanavicious ("The Artist")."The Search"focuses on the human rights during the second Chechen war of 1999.

Oscar nominee Bérenice Bejo as Carole is working for the NGO, she is in charge of writing a report for the UN on the humanitarian crisis and gets involved with a lost kid, presumably orphan. The sister is searching for her family, or what is left. The Red Cross official (Annette Bening) is overwhelmed with the crisis. The three stories will meet together with an ingenious twist of fate. Marvelous! 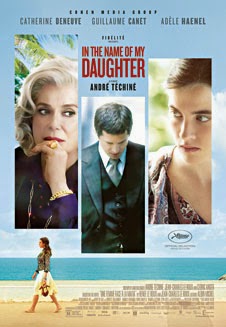 4. IN THE NAME OF MY DAUGHTER/

This monumental true story is directed by: André Téchiné had the wonderful performances of Catherine Denueve as the matriarch Renée, Guillaume Canet as the handsome young lawyer, and the gorgeous Adèle Haenel as the heiress.

The drama unfolds as the exalted mother want to keep control of the family’s casino. The lawyer manipulates. The neglected daughter feels. One of the best Téchiné’s time period movies. 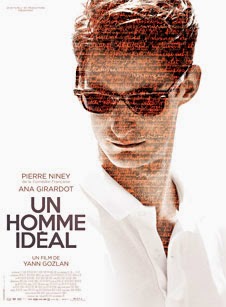 An intense thriller about an innocent looking young writer who finds a dead man’s diary that he turns it into a novel of his own - soon his actions will hunt it down in this unpredictable and gripping story. 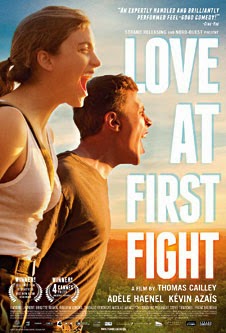 A romantic “girl meets boy” kind of movie on the line of “The Blue Lagoon,” where she wants to take control in a pre-military training camp, he’s crazy about her. The "guerrilla" lovers will find out that the “wildlife” is not as easy as they thought. Sexy, fresh, and compelling. 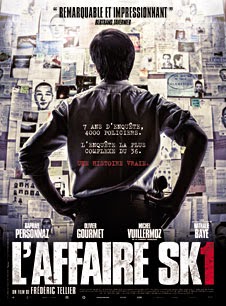 This court-thriller is directed by: Fréderic Tellier and starts with a trial where we meet the players, the presumed murderer, lawyers and the homicide squad inspector who back in the days, when he was “the rookie,” he was in charge of collecting all the evidence of a series of women being killed in the same strange way.  During the trial, the evidence and the people want the murderer to confess, but we want his innocence to be probed.

“SK1” is a complex a grabbing thriller that everyone should see. 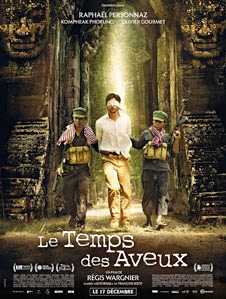 A French ethnologist in Cambodia meets with a former Khmer Rouge official after two decades of the conflict.

In that place all human rights were violated. His captor, for four months, is accused of killing thousands of innocent people. 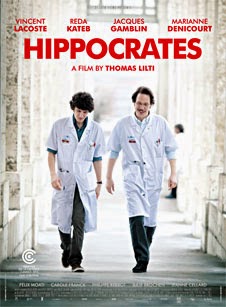 Director Thomas Lilti bring us a story of a great young doctor trying to impress his father, Professor Barois, but thing won’t turn out so simple. A heartrending drama that everyone loves. An “8 Mille,” “Filly Brown” type of film where a young and talented Swiss rapper-girl is daydreaming about fame and fortune, something hard to find in the streets of Paris. Soon, she finds herself immersed in the hip-hop subculture and with the support of a social worker, that will get her into the poetry-slam events. The question is if she will succeed in the competitive world of the starving artist?

This is part of the COLCOA’S French NeWave series, not to be missed.