A Fantastic Woman; Love, Grief, and Compassion in Santiago 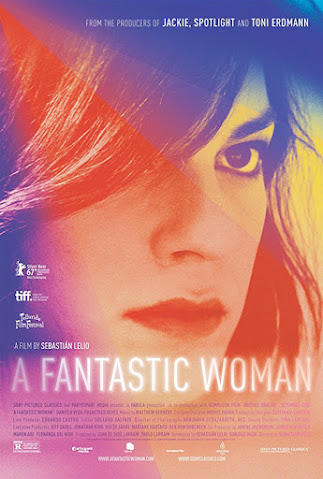 “A Fantastic Woman” is stunning! A film about love, grief, and compassion – timely arresting, controversially fierce, and undeniably moving. A modern masterpiece.


“A Fantastic Woman” is this year’s underdog to win the Oscar for Best
Foreign Language Film.

In 2010, the favorite picture to win the Oscar for Best Foreign Language was Michael Haneke's masterwork “The White Ribbon” - the Argentinean insightful film “The Secret in Their Eyes” took the gold. This year, the Swedish Palme d'Or winner “The Square” is the front-runner, but South American transsexual venture can be the big surprise of the night.

This year's Chilean contender elevates the public into the universal paradigm of what will happen if the person you love dies in your arms?

Marina Vidal is reliable and, at the same time, a vulnerable transgender performer - a hard-working waitress who dreams about one day becoming a “Torch Singer.”

What makes this insightful film more authentic and relevant Marina's person (Daniela Vega), a real transgender actress and a wonderful singer with a beautiful voice.

Orlando (Francisco Reyes), a 57-year-old divorced owner of a textile company, is Marina’s lover. The camera pans him admiring Marina while she sings, “Your Love is Yesterday's Newspapers.” After that, the loving couple celebrates Marina's birthday over Chinese, where he professes his love to her.


Later that evening, Marina rushes him to the hospital. The first perplexing moment in that chaotic situation asphyxiates her, as she has to deal not only with the pain of losing someone dear to her but with the scrutiny of doctors, police, and the detective officer from the sexual offenses unit. All of them want to implicate her in a crime that did not occur, just for the simple fact that she is a transsexual woman.


What follows after the initial shock of Orlando's sudden death is even worse than the regular business of dying. When Marina wants to go to her lover’s funeral, his ex-wife disagrees. She has to explain to the singer that Marina and her ex-husband's relationship is an act of perversion.

Her effort to keep Marina away from the family becomes a campaign that involves humiliation, abuse, an attempt to arrest her.

Orlando suffered head wounds from a fall as she was trying to get him to the hospital. The family, ashamed of their father's “immoral” conduct, will try to break Marina's spirit. Their imagination runs them wild.

Through Maria's experience, we can see social injustice. She has to confront society and its laws. Marina is not a criminal, a prostitute, nor the monster everyone thinks she is. She is a hard-working human being with dreams and emotions like everyone else, as she proudly says: "My name is Marina Vidal, do you have a problem with that? 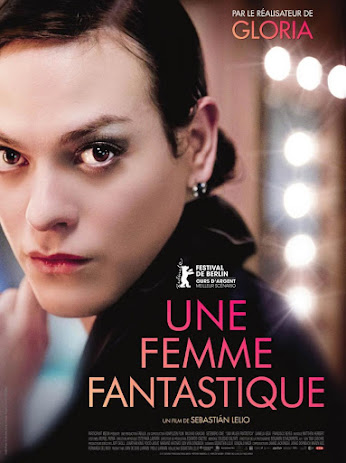 
Influenced by the magic-realism of the Chilean writer Isabel Allende (“The House of the Spirits”), Sebastián Lelio and his co-writer Gonzalo Masa developed the main character with universal appeal mixing this traditional drama with magic-realism and hyper-realism.


In like manner, Linda Bloodworth-Thomason’s documentary “Bridegroom” (2013) addresses the touchy subject of “domestic partners” and the absence of their legal rights in hospitals with their outdated rules and bureaucracy. In Marina’s case, the film exemplifies how in Chile, as in many other places globally, transgender people and, in general, the LGBTQ community are unprotected by the law.

“A Fantastic Woman” is an exquisite film comparable with Pedro Almodóvar’s “All About My Mother.” The most powerful scene comes when a strong wind tries to erase Marina from the earth while she, stoically, remains attached to her destiny.


The striking visuals, the richness of colors, reflecting mirrors, and perfect framing are the responsibility of the talented cinematographer Benjamin Echazarreta, whose arresting images creates the right impact for the viewer.

The Iguassu Cascades' opening sequence is evocative and visually contrasting with the modern part of the city, in the similar style of Venezuela’s hyper-realistic Golden Lion winner “Desde Allá/From Afar.”

The beauty of the film resides in Marina’s evolution into the perfect woman she wants to be. As she sings Aretha Franklin’s cover, “You Made Me Feel Like a Natural Woman,” she attempts to take all that negativity out of her system.


Very few movies center on a real transgender person as genuine as in “A Fantastic Woman.” Prejudices and public humiliations represent homophobia. Those stigmas are similar to the ones shown in the relationship between a transgender woman and a U.S. Army Officer in the 2003 TV movie (based on a true story), “Soldier's Girl” by Frank Pierson.

During the film’s conception, actress Daniela Vega worked as a script consultant to bring authenticity to the project - until one day - the director wrote her a letter of invitation to take Marina's lead. Daniela jumped on the spot.


Producers Pablo and Juan de Dios Larraín ("No," "Neruda," and "Jackie") invested in a risky film that is taking the world by storm.

“A Fantastic Woman” is classy and a gripping film about the transgender community who have been struggling for quite some time and don’t give up with their fight for "equality and justice" in a closed-minded society.


The problems presented in the film need to be addressed in a personal manner with openness.


Orlando's unexpected passing sets the grim tone of this Latino, tropical-flamboyant movie from the very beginning. And, its artistic touch makes out of “A Fantastic Woman” an inspiring story.

Marina's ordeal challenges its audience, providing the right tools to explore, expand, and connect with empathy and respect with the brave people who choose to be as different as Marina Vidal in “A Fantastic Woman,” a colorful, classy, and mind-blowing film. 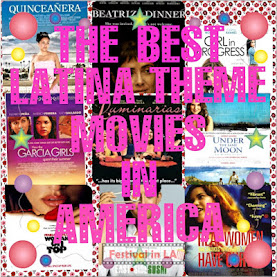 The Academy Museum of Motion Pictures Opens at Last
Under the Volcano: The Golden Era of a Recording Studio in the Caribbean

“The Square” An “Exit Through the Gift Shop”