“Annette” is a sublime, evocative and artistic avant-garde musical with many symbolic elements representing love, betrayal, misadventure, and vengeance.

“Annette’s” splashy and elaborate musical numbers combined with fast-paced editing denote a clear style of maturity in directing and, at the same time, experimental filmmaking.

The narrative becomes existentialist when the main characters’ quest for self-realization takes off. They try desperately to find the true meaning of their mundane lives.

The musical kicks off with an emblematic continuous take from the interior of the recording studio to the busy exterior of the streets of Santa Monica, California.

We can start recognizing some familiar faces right from the lively opening of that magnificent, and at the same time, minimalist overture. Along with the main characters is the fantastic duo of Sparks, the fancy chorus, and the visionary director Leos Carax (“Holy Motors,” “Mister Lonely”), who introduces the film by playing himself the music producer. “Annette” is Carax’s best work so far. 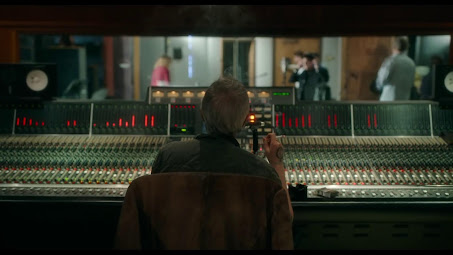 The romance between the notorious comedian Henry McHenry (Adam Driver) and the acclaimed opera singer Ann Defrasnoux (Marion Cotillard) starts as casual dating in Los Angeles, where they lay their love story. 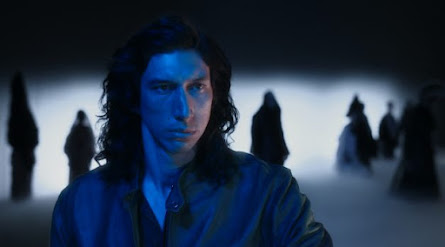 From then on, the attention centers on Henry. In his one-man show, he announces his engagement with Ann.

After Ann’s opera performance, the paparazzi and journalists wait outside the theater. They sing and huddle around the famous couple. Henry and Ann choose to hide their identities under the motorcycle helmets.

Hollywood life brings us to a red carpet where they profess their vows, symbolizing their union in matrimony. Ann, the bride, throws out the bouquet to the hungry media as they exit the scene to express their love for each other musically in a more secluded location.

Good taste prevails in all musical numbers, even with “We love each other so much” singing while having sex and not in the shower, precisely as ordinary people do. Nevertheless, the arrival of their first baby will change their lives forever.

As their marriage life lingers, the dramatic music elevates the crescendo - suggesting an extramarital affair.

As we mentioned, the story centers on the distortion and deconstruction of Henry, the infamous and irreverent comedian with low self-esteem and plenty of addictions. Henry’s stand-up shows are worth our full attention because he foreshadows his following steps in his intimate and outrageous monologues.

Ann feels trapped in a toxic relationship. She and her innocent baby named Annette will try to move out once and for all. 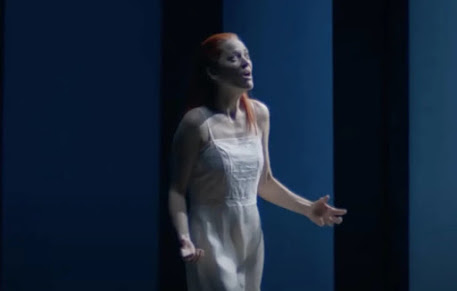 Adam Driver’s interpretation is mature in what seems to be the most challenging performance of his career. He exceeds his accomplishments reached in “Marriage Story.”

The music turns obscure as everyone falls into the abysmal series of unfortunate events.

The American pop and rock duo Sparks wrote complex lyrics and seductive music. The band previously recorded “The Seduction of Ingmar Bergman” to tour, but the logistics of traveling with an enormous cast were challenging. Once, Leos Carax used a Sparks song in “Holy Motors.” After they met in Cannes a few years back, they decided to work together on this fabulous musical.

“Annette’s” sumptuous cinematography is the responsibility of Caroline Champetier. She has done other luminous works in France, such as “Of Gods and Men” and “The Innocents.” 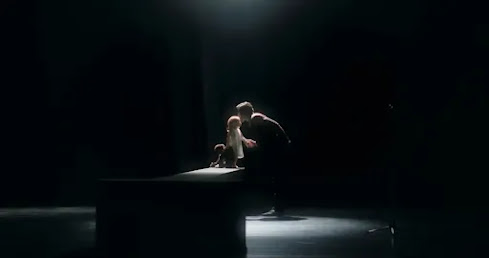 “Annette” is either complacent or disappointing. Set in Los Angeles, the romance has nothing to do with “La La Land,” and its musical numbers have no comparison with the frenetic speed of “Moulin Rouge!” Because “Annette” is sober and unique in all senses.

“Annette’s” ravishing visuals and originality keep our attention while we wonder, “what in the world are we watching?”

“Annette” is open to interpretation. When we reach its shocking, overwhelming, and beautiful grand finale, it is stunning and makes us think about the importance of karma - because what goes around comes around.

After all, our lives are a lavish musical, where we meet fascinating people, fall in love, marry, have children, watch them grow, make mistakes, and learn from those wrong decisions. - While we regain control of our souls, we may find time to meditate about how our actions affect others profoundly.

“Annette” was the opening piece and Best Director winner of the 2021 Cannes Film Festival. The operatic musical is something we have never seen before, entirely original!

As I finished watching “Annette,” I desperately wanted to rewind the tape and enjoy it again and again, hoping my faithful readers would dare to do the same and watch “Annette” at least twice.

Related Articles:
Clara Sola: Defines Feminism with Magical Realism in Costa Rica
Laura Pausini: Pleased to Meet You, Recounts the Life of the Italian Megastar
Drunken Birds: Paradox and Poetry in a Canadian Drama About Immigration
Olga: The Ukrainian Gymnast Embodies Switzerland at the Oscars
The Academy Museum of Motion Pictures Opens at Last
Under the Volcano: The Golden Era of a Recording Studio in the Caribbean
Summer of Soul: The Music Fest that Gave Freedom to Thousands
“Dear Basketball” Kobe Bryant Inspiring Love Letter to Posterity
Undine: Dangerous Liaisons in Berlin
Two of Us: Juliette & Juliette of Montpellier
The Mole Agent: No “Mission Impossible” for a 90-Year-Old Chilean Private Detective
Gunda: An Emotional Journey of Pigs, Chickens, and Cows
Parasite: Accomplishes the South Korean Dream
And Then We Danced: Folk, Love & Pride in Georgia
“Synonyms” A Good Jew in Paris
“Roma” Anarchy and Repression in an Epic B&W Mexican Drama
“Birdman or (The Unexpected Virtue of Ignorance)”
The Best Latina-Theme Movies in America
THE WORLD’S BEST FILM FESTIVAL POSTERS 2021
THE WORLD’S BEST FILM FESTIVAL POSTERS 2022