WOMEN HE’S UNDRESSED: FASHION AND GLAMOUR IN THE TIME OF THE GOLDEN AGE OF HOLLYWOOD 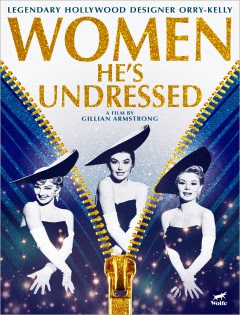 A triumph of a documentary, glamorous and splendid! A milestone for the Golden Age of Hollywood!

“Women He’s Undressed” is a personal outlook on the life, creations, and romance of the legendary Academy Award winner Australian costume designer Orry-Kelly (“Some Like It Hot,” “Casablanca,” “An American in Paris”).
"Women He's Undressed" is a well-researched documentary with an immense amount of material that no one ever imagined existed. It contains plenty of fantastic footage of many of the films Orry-Kelly worked designing clothes for the biggest movie starts, and mesmerizing audiences worldwide.

The interviews with directors, historians, celebrities, collectors, and close friends were well-staged. They remember Kelly’s work, talent, and friendship with admiration and a high level of appreciation. 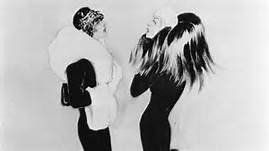 During Hollywood’s Golden Age, Orry-Kelly designed clothes for more than 282 movies. “Nothing makes you a better designer than practice.”

This documentary focused heavily on the dirt of the designer’s private life. At the time, it could have been an epic scandal. But how was it possible to have a personal experience when he was working on a set sixteen hours a day, 50 movies a year?
Despite Orry-Kelly's controversial life, director Gillian Armstrong kept it classy.

Most of the wardrobe that Kelly’s designed for the movies was done in sharp colors, even if the film was in black and white. As it happens with “Jezebel” and the famous dress that Bette Davis wore emulating the “red dress” of “Gone with the Wind.” People assured the dress looked in color.

Kelly brought his genius vision so effectively to the story that the wardrobe worn by stars added authenticity and facilitated the film's success.

When his popularity skyrocketed, Kelly became a close friend to many of the stars.

Kelly’s designs were elegant, classy, stunning, and minimalist, as we can see in the classic western "Oklahoma!"

Some of the dresses Kelly designed for Hollywood's classics are now part of private collections and museums. Others auctioned for thousands of dollars.

Orry-Kelly's life became controversial when rumors about his affair with one of the most well-known Hollywood actors surfaced.
“He kept his secret to his grave, even though he had a big mouth.”

As a writer, – Orry-Kelly’s book was never published. The manuscript got lost. Witnesses said Orry wrote in detail the most intimate moments with the love of his life, Cary Grant.

In the beginning, being gay in Hollywood was not a big deal. In 1930, things changed with the conservative Motion Picture Production Code's enforcement that affected everyone in the industry.

When Cary Grant become more famous, married, and divorced – Orry and Cary had an “on and off” relationship.

Orry-Kelly was sent to WWII to fight for America, even though he was born in Australia. Upon his return, he had to start over and knock on doors in Hollywood.

Being alone helped Kelly to create his best designs for many classic films, “Harvey,” “An American in Paris,” “Auntie Mame,” “The Sweet Bird of Youth,” “Gypsy” and “Irma la Douce.”


“Woman He’s Undressed” is part of docu-fiction - It recreates some intimate scenes connecting important moments of Orry-Kelly's life as if he was still alive.

The reconstruction was done by professional actors who brought to life what could happen to Kelly's mom and friends - this technique made the narrative to move forward, making the documentary more accessible and entertaining.

Paradoxically, Orry-Kelly was a total unknown in his homeland, Australia. The only person who remembered him was his mother.

“Woman He’s Undressed” is comparable with other great films about fashion and filmmakers, such as 'The September Issue," “Valentino, the Last Emperor,” “The Celluloid Closet,” and “The Kid Stays in the Picture.”

In the meticulous work of director Gillian Armstrong, we can see Orry-Kelly as a beautiful human being with so much vitality and vulnerability.

No matter what, Kelly’s spirit was never broken.

“Women He’s Undressed” is an extraordinary work of art that can be used as a learning tool to appreciate costume designers' work in the film industry for future generations to come.

Argentina: is more than Tango in the New Documentary Directed by Carlos Saura 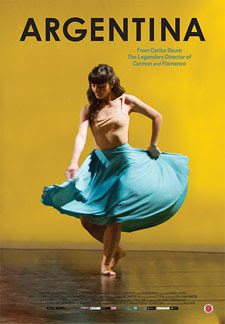 “Argentina” is an exhibition of high art and great beauty in a delightful documentary.


The magical journey of music, rhythms, dance, and folklore of the South American country is an extraordinary voyage that starts with the enlightenment of “The Muleteers/Los muleteros” who, with their mules and horses, worked the Andean region spreading those rhythms. 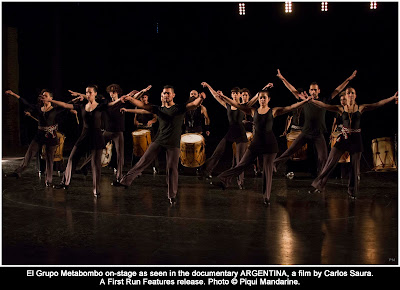 Influenced by Africa, Italy, Poland, Brazil, and Los Andes, the Argentinean music has many styles and different rhythms that are also known as samba, samba alegre, vidala, chacarera, malambos, valsecitos, coplas, and folklorist.

In the film, the astonishing theatrical staging showcases those dances with excellent choreography.

In dancing, the necessary steps of classic valet are infused with modern jazz and placed together into the Argentinean folklore. 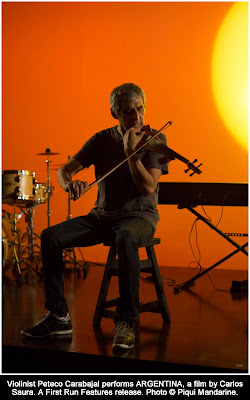 Los Chalchaleros performed the most affecting traditional songs in their original and/or current versions. 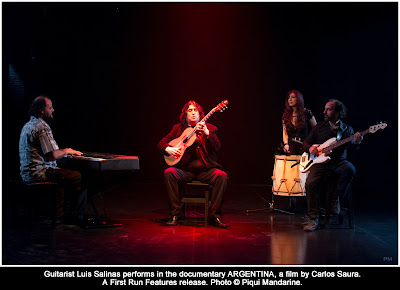 It is beautiful to see, in the film, a younger generation to bring a heartfelt tribute to one of the greatest promoters of the Argentinean music in the world, Mercedes Sosa, with one of her greatest hits “Changes, everything changes/Cambia, todo cambia.” 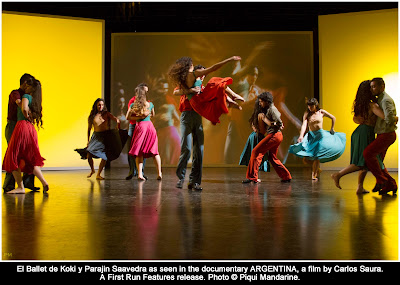 The Malambo tableaux is epic! 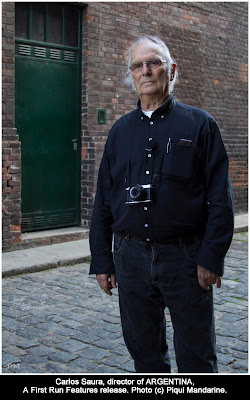 The accomplished Spanish director in “Argentina” is to be able to translate to the screen the music, dance, and moves in a cinematic feast of color and energy.

Related Articles:
“The Final Master” A Cinematic Feast of Martial Arts
“A Fantastic Woman” Love, Grief, and Compassion in Santiago