A War: An Important Call to Change the Rules of Engagement

By Jose Alberto Hermosillo
“A War” is one of the best movies of the year, politically correct, realistic and meaningful.

The timing of this war-drama couldn’t be any better as an insightful study of the Afghan conflict, its ethics, and politics.

In the aftermath, "A War" focuses on the soldiers and their families back in the West.

"A War" is a moral discussion about what is right and wrong in a "modern day" wartime. "A War" is this year’s Oscar winner “The Hurt Locker.”


On the page, “A War” contains several layers of emotions that connect society with the government, the law with witnesses, the criminals with judges, the terrorists with its victims, and soldiers with their families.

“A War” evidences an endemic system that faces terrorism in the world and the confrontation with the democratic countries.

The action starts when Denmark’s government decides to join the U.S. and other ally countries in the military confrontation with the Taliban.

With this decision, many questions arise: Where the war is taking place, in a foreign land or back home? Who is the enemy, the rebels or the comrades? Who is guilty, the commander who makes the decisions or the soldiers who execute them?


Danish Commander Claus M. Pedersen (Pilou Asbaek) stationed in Afghanistan is fighting with the Coalition. In crossfire with the enemy, Claus had to make a decision with enormous repercussions back home.

In Denmark, the Commander’s wife and children have to deal with the absence of their father. They have to cope for themselves, even if they are deeply affected by the war.

Claus has to face criminal charges in a civil court for violation of civil and human rights. During the trial, we see who supports him and who betrays him.

The cross-examination is gripping, intense, well put together, and it raises the tension for the surprising outcome.

The dialogs used by the defense, witnesses, and judge are credible, realistic and straight forward.

One of the greatest assets of this war drama is making the soldiers more human.
A memorable scene comes when Claus and his family walk on the beach observing seagulls, a metaphor for freedom. Director Tobias Lindholm delivers another powerful, intense, and impeccable masterpiece.

“A War” is the second nomination for the best foreign film for Lindholm after his critically acclaimed modern-day pirates' drama “A Hijacking” in 2012.

Now, we will see if his most recent film can earn him the gold statuette at this time.

The well-researched script displays some of the same moral values depicted in the also Danish film “In a Better World,” the 2011 Oscar winner for Best Foreign Film, directed by Susanne Bier. "A War" goes way far beyond of “Zero Dark Thirty.”
In a conversation I had with director Tobias Lindholm during the AFI Fest 2015, he gave some advice to the new filmmakers: “Keep it  real, be patient, and go with the flow in the filmmaking process.”
And as a father, he reflects: “In war time, who will tuck your children into bed tomorrow, if you won’t be able to be there for them.”

The director's own exceptional screenplay presents the actual facts of a war-crime that may not occur in the way it was perceived.

In the end, the spectator needs to find out if a shadow of the doubt prevails.
A WAR TRAILER:
"A War" Trailer
Related Articles:
“A Fantastic Woman” Love, Grief, and Compassion in Santiago

“Elle” The New “Basic Instinct” with a “French Twist

“How to Win at Checkers (Every Time)” is the Thailand Oscar submission for best foreign film 2016. The film was carefully shot with a great sense of respect and beauty. A surprisingly original coming-of-age story, where sexuality is not a taboo.

Its poetic narrative depicts a young guy trying to understand the world of his older gay brother who lived and sacrificed everything to keep him safe.

The filmmakers traveled to a colorful country to portray on the screen the beauty of the land with an artistic austerity.

In “Checkers” every character is a fundamental piece of the board-game. Everybody wants to win, even if their unprivileged condition makes them abuse alcohol, sex, and drugs, and some also could descend into prostitution of this corrupted environment.

Life becomes a game where some win, others lose. “Money is power, success is for sale.” 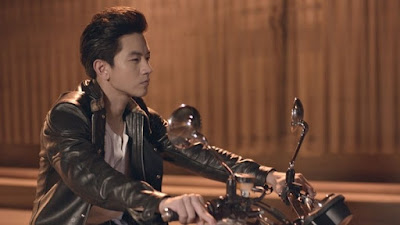 The chronicle starts with a dream of a man burning in flames. Oak is the handsome young male having all these nightmares. He is played by the famous Superstar Thai actor-model Toni Rakkaen.

Oak, vividly, remembers his childhood and his relationship with his older brother Ek and his rich boyfriend Jai. 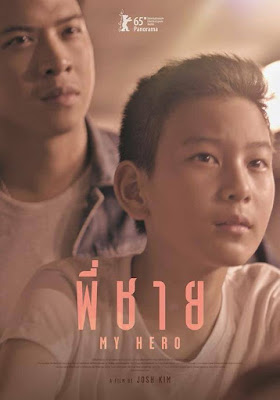 “Checkers” shows how an innocent boy views gays and transgender as an integrated part of the community, a tolerant society which is more concerned about the daily life and survival rather than worried about anybody's sexual preferences. 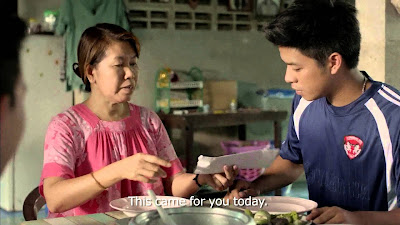 The Aunt is a hard-working, superstitious lady, who cleans houses and takes care of little Oak and Ek, the two orphans but loving brothers. 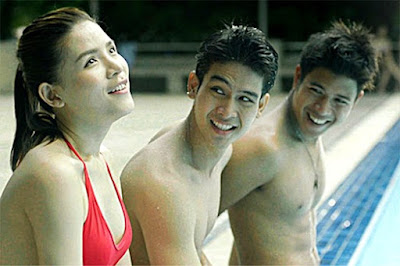 In real life transgender actress Natarat Lakha “Nut” plays the gorgeous Kitty -- her performance is natural as the sexy girl who drives men crazy. She is an irresistible and fearless woman who’s close to Ek and Jai and cares for little Oak.

The Mafia Guy and his son Jr., (The bully), control all economic activity in the community. He also owns a gay bar where hustlers and sex-workers gather to sell their bodies. Ek is the bartender.

Things get complicated when the boys turned 21 and have to go to the draft and join the military service. Even Kitty and many of the “third gender” like her, have to get into the draft process. 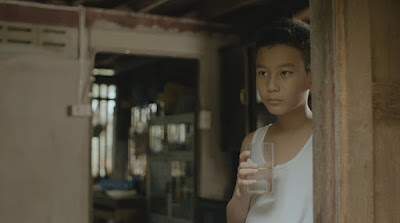 Little Oak will do anything to have his brother exempted from the army, even to brave the Mafia Guy to help his brother out of the draft. By doing so, he puts his brother in jeopardy. 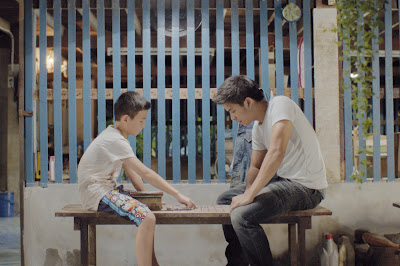 Oak soon discovers that his brother is not less of a man because he’s gay. He is still his brother and someone that always looked after him.

“Checkers” flows evenly, provoking the spectator to fall in love with the film, making you forget about yourself and live through the eyes of those great characters.

This motion picture has won many audience awards at The Atlanta Out on Film, The Film Out San Diego, LA Asian American Pacific Film Festival, and The Tel Aviv International LGBT Film Festival. 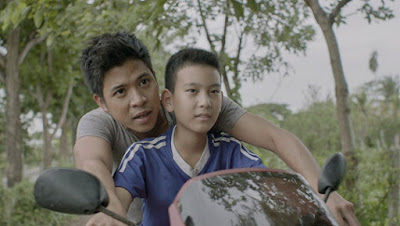 “How to Win Checkers (Every Time)” is reminiscent of “The Wonder Years” with a touch of melancholy in a land full of contrast and beauty. After all, the checkers game is not over.
TRAILER:
Related Articles:
“A Fantastic Woman” Love, Grief, and Compassion in Santiago


“In the Fade” “Revanche” in Hamburg
“The Square” An “Exit Through the Gift Shop”
“The New Girlfriend” A New Trent in Transgender Cinema
The Best Film Festival Posters of 2014    15 Latino Submissions for the Academy Awards® 2016  Can “The Revenant” Be a Good Oscar® Contender? “Ixcanul” Pursuits Guatemala’s First Oscar® Nomination