Bohemian Rhapsody is Getting an Early Oscar© Buzz 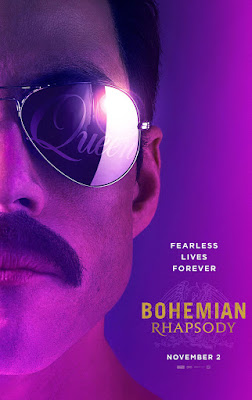 The new teaser trailer of the highly anticipated Queen biopic "Bohemian Rhapsody" was posted on YouTube and the internet went nuts. In one day, the new trailer reached 2,300,000 views and counting.
Since the first image of actor Rami Malek ("Mr. Robot") unveiled dressed as Freddy Mercury, the leader of the legendary British rock-band a few weeks back, people freaked out for the stunning resemblance between both of them. The agent who did the cast of the talented Californian young actor nailed the selection.
This is a massive production of 20th Century Fox and Regency Enterprises, directed by Dexter Fletcher and Bryan Singer. They reconstructed the 1970's era to perfection with authentic sets and locations, costumes, great makeup and hairdos, and above all, the talented people who accomplished such an ambitious project.
By launching the trailer early this year, producers and distributors are looking to create enough expectation to grab multiple Oscar© nominations - the film, strategically, will be released in U.S. theaters November 2nd.
"Bohemian Rhapsody" could follow the footsteps of this year's Best Picture Oscar© winner "The Shape of Water," premiering at the prestigious Venice Film Festival.
To create more excitement, the trailer has the following slogan "The only thing more extraordinary than their music is his story."

Now, we need to wait and see if the music and the performances will drive the masses out to the movie theaters, and the Academy members to vote for this epic, music driven, energetic, work of art.

“A Fantastic Woman” Love, Grief, and Compassion in Santiago
The Best Film Festival Posters of 2017
“Endless Poetry” The Atypical Universe of Alejandro Jodorowsky