Under the slogan: “Two Countries, One Passion” COLCOA, the French Film Festival of Los Angeles celebrates its 20th Anniversary from April 18th to the 26th by promoting French films and culture in Hollywood. 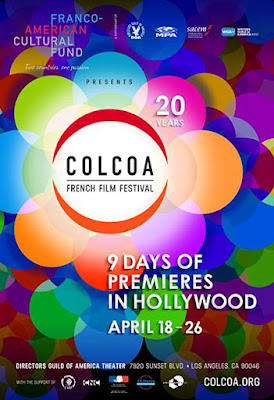 COLCOA (City of Lights, City of Angels) this year has a magnificent lineup of 70 films, including North America, International, and World Premieres of French Films presented in different sections:

Every year COLCOA has a French guest director, Focus on a filmmaker. This year Jean-Paul Rappaneau presents two of his films, including the World Premiere of the restored version “A Matter of Resistance (La Vie de chateau)” (1966) and his latest work “Families.”
COLCOA will host a free panel/discussion with Mr. Rappaneau, who directed in the past: “The Married Couple of the Year Two,” “Call Me Savage,” “All Fired Up,” “The Horseman on the Roof,” “Bon Voyage.”

ONE MAN AND HIS COW

The funniest comedy of the year!!! A Franco-Algerian farmer, magnificently played by Fatsah Bouyahmed, will try to fulfill his dream, to go to the prestigious Salon de l’Agriculture in Paris with his dear cow Jacqueline. As a farmer, Fatsah faces some economic and emotional restrictions; he has to leave his wife, daughters, and his village in Algeria.

Disembarking in Marceilles, he has to walk his way to Paris, with Jacqueline, his cow. During his journey, he will meet some interesting and fun people, some will help and others will hinder his goal. Social media will play an important role making him a hero as if it was a soccer match.

This film is amazingly funny!!!

A thriller about a group of extremists dedicated to bring jihad to the streets of Paris. An Algerian descent French journalist hopes to expose the threat of terrorism at home.

This film was extremely important and controversial after the terrorist attacks in Paris last November, it puts the spectator in the hot seat of this intense experience.

Dujardin is a film composer named Antoine working on the music score for the Bollywood version of Romeo and Juliet.

Elsa Zylberstein plays Anna, the young wife of the French Ambassador who falls for Antoine. They will live a very unique affair in India.

From Shanghai to Paris, Mathieu Amalric plays the businessman Jérôme, who is on a mission to introduce to his mother, his new fiancé, but he soon learns that his family’s elegant manor is on the verge of being lost.

When he decides to fix the situation, he sends his girlfriend to London while he straightens things out. His opponent is an old rival from school and his contentious girlfriend who dislikes him a lot, but also attracts him, sexually. Everything is chaos when all the characters meet in a concert of this small town and confront themselves with the truth.

An odd couple will cope with their differences and the way to escape from each other. All starts with an incident in a ski resort and the recovery of the manic depressive wife in a therapy center.

The story jumps back to the day where she meets the womanizer husband of hers, who only wanted the son he couldn’t have with his previous super-model girlfriend.

The title is from the symbolic moment of birth, a  resemblance of Disney’s “The Lion King” naming the baby Simbad.

They cannot break apart, but they hurt each other when they are together. This film has terrific performances.

Padilla is the first black clown in France -- soon he meets a British clown and they integrate the successful duo “Footit and Chocolat.”

A gorgeous animated feature that narrates the adventure of a Russian aristocratic 15 year old girl named Sasha. She gives up a glamorous life to travel to the unknown on a quest to find the truth about what happened to her grandfather, Oloukine, a renowned explorer who couldn’t come back from his last expedition to the North Pole in the 19th Century.

This film empowers little women as much as other animated adventures such as: “Brave” or “Anastasia.”

“Agnus Dei” was the original title of this feminine perspective of WWII, set in 1945 in an already destroyed Poland. The convent sisters will try to keep the grip with their faith facing the atrocities of the war.

Upon the arrival of a French Red Cross Doctor, while she was doing some house calls, in a convent, she finds out that several nuns are pregnant.

The emotional distress and a moral questions will keep the audience wondering what has taken place and mostly about who The Innocents are in this story.

A beautiful historic time period drama set in the hard times of the WWII during the German invasion of France in 1940.  The film shows how farmers and villagers fled in one of the most tumultuous exodus in human history - eight million people left their homes and hit the roads.

The lives of a young Flemish boy and his father separated by war, desperate to find each other will cross with the lives of the Mayor and a young teacher, as they struggle to figure out where to go.

DON’T TELL ME THE BOY WAS MAD

Three generations have passed to narrate the story of the Armenian genocide by the Turkish. A member of this family is involved with the Armenian Liberation Army in Beirut.


The film’s posture is neutral, showing the struggle of the Armenian people and how the group becomes dangerous.

“… The Boy was Mad” has a lavish production value with a beautiful ambiance, music, and remarkable performances as we learn the history of Armenia.

A profound and personal study of climate change and what Scientists and ordinary humans are doing in education, agriculture, renewable energy, economy and democracy to prevail over today’s and tomorrow’s hard times. “Tomorrow” won the César Award 2016 for Best Documentary.

A dazzling road trip movie through the wine regions of France. A mature father and son are embarking on this witty humorous quest for love, sex, and recognition. The son Bruno, (Benoît Poelvoorde), has problems with alcohol due to the lack of self-steam. The father’s (Gerard Depardieu) idea is to get closer to his son as they are still grieving the absence of the wife.


They want to make it big at the agricultural fair, but the quest for love makes them struggle to reach their goal.

Winner of the 2016 César Awards for Best Film, Best Adapted Screenplay, and Most Promising Actress for bright newcomer Zita Hanrot. This film depicts the story of a North African immigrant in Lyon from the point of view of two generations of women.

“Eva Doesn’t Sleep” chronicles the 25 year journey of Eva Peron’s corpse and the men who were obsessed with her. A haunting and strange drama featuring a brief participation of the Mexican star Gael García Bernal and also Denis Lavant.

Eva Perón died at the age of 33. The grief of the Argentinean people was so great they wanted to be with her for a long time and because of the political turmoil her body had to be hidden in other places, even outside Argentina. A bizarre story, where the characters have some kind of fetish for Eva, their spiritual leader. 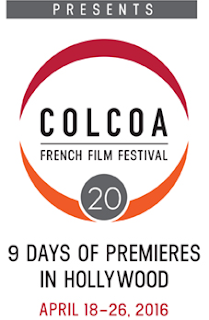 Follow us on Twitter
Like us on Facebook
Related Articles:
25 Great Foreign Films that Did Not Get Distribution in US Theaters
“Cezanne and I” An Extraordinary Journey of Art and Friendship
“Elle” The New “Basic Instinct” with a “French Twist”
“My Life as a Zucchini” The Beautiful Animated Life of a Little Swiss Boy
“KICKS” A BUNCH OF KIDS OF COLOR ROAMING IN SUBURBIA
“Güeros” A Lyrical Love Letter to Mexico City
“Neruda” Runaway Poet
“Colossal” Not Your Typical “Godzilla” Movie
MEXICO'S "THE NIGHT GUARD" WINS LA FILM FESTIVAL
15 Must-See French Films at COLCOA 2017
10 The Best Latino Performances of 2016 And Their Absence From The Nominations
20 BEST GAEL GARCIA BERNAL MOVIES
The World's Best Female Lead Singer Movies