Los Angeles, California, June 22, 2017. The organizers of Los Angeles Film Festival produced by Film Independent announced the winners in all the categories.
The most prominent surprise was The World Fiction Award which went to Mexico's "The Night Guard," ("El Vigilante") directed by Diego Ros.
"The Night Guard" or "El Vigilante" is an unpretentiously beautiful film, set in one location, in one night. The intense thriller had the spectators on the edge of their seats wanting to know what happens next, with all of those unexpected twists and turns that make this minimalist and yet a hunting story, hard to forget.
This film has a very subtle expressionistic reflection of today's Mexican reality. The story is told from a much more optimistic and brave generation of Mexican actors and filmmakers.
The performance of the young actor Leonardo Alonso ("Sin Nombre," "Espiral") is terrific. He plays a naive and responsible security man on a construction site. He is finishing his shift and wants to go home with his family, but some strange circumstances keep him in there for the rest of the night. Almost like in Luis Buñuel's "The Exterminating Angel." Newcomer Ari Gallegos is great in a supporting role.
This year, the presence of Mexican films at the LA Film Festival was strong with two other excellent projects such as "Nocturne/Norturno" by Luis Ayhllón. With the compelling performances of Juan Carlos Colombo ("Cantinflas," "Nora's Will") and Irela De Villers, whose performance was sublime.
Also in the Nightfall Competition premiered 'El Vecino/The Neighbor.'
"El  Vecino" is a mind-blowing experimental film, directed by Giancarlo Ruiz with the extraordinary performance of Paco Mifote ("Northless/Norteado"). The entire project was shot in Tijuana pretending it was an island in the middle of nowhere. Highly-recommended! 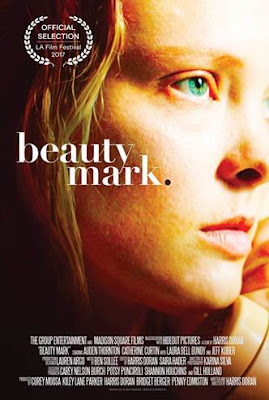 Actress Auden Thornton won a special mention Breakout Performance award for her amazing interpretation of Angie in 'Beauty Mark.' She plays a young single mother who has to take care of her alcoholic mother and her three-year-old son, and who was abused when she a child. Auden Thornton's performance is fantastic. 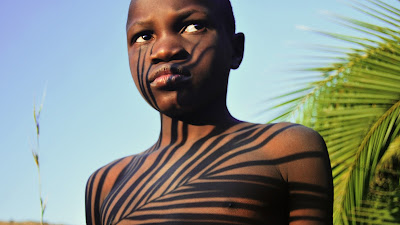 Documentary Award: Amanda Kopp and Aaron Kopp for “Liyana.”
LA Muse Awards Fiction: Savannah Bloch for “And Then There Was Eve.”

A special prize was given to this year's Guest Director, Miguel Arteta (“Chuck & Buck,” “The Good Girl,” “Beatriz at Dinner”), with "The Spirit of Independence Award Festival."

Congratulations to all the winners and participants.

The Academy Museum of Motion Pictures Opens at Last

Under the Volcano: The Golden Era of a Recording Studio in the Caribbean