Two of Us: Juliette & Juliette of Montpellier to The Oscars 2021 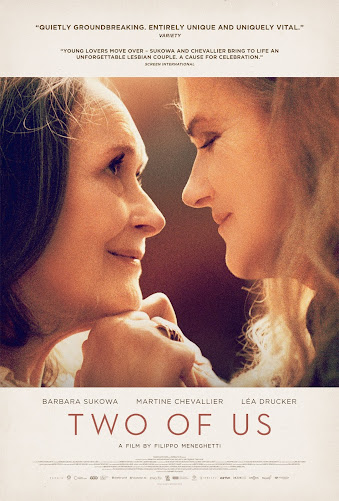 “Two of Us” is a sublime, evocative, profound, and unforgettable love story. Its mastery goes beyond expectations and prejudices.

When the external beauty is almost gone, the love clings to the lives of loving partners Nina (Barbara Sukowa) and Madeline (Martine Chevallier). Two retirees live together in separate apartments in the same building across the hall. The couple desires to spend the rest of their lives in a room with a view of the Tiber river in Rome, where they met years ago.

The duo’s plan starts by selling Madeline’s place and moving to Italy as soon as possible. But first, Madeline has to “come out” to her children. This intimate melodrama turns tormented and passionate when Madeline can’t accomplish her goal and conceals her secret at her birthday party. Madeline’s passivity triggers an array of repercussions - betrayal is not forgivable to her children, and it is neither an option for her lover because hiding the truth is still a lie. Resilience is the only ammunition they have to keep their dream alive.

This Shakespearean drama rises to a crescendo when the couple’s right to be together is jeopardized.

Meticulously crafted, the French production is realistic, showing how Nina is not a “legal” part of Madeline’s family to be accepted at the hospital. The film’s narrative discloses an “untold” legal loophole in institutions where laws don’t recognize same-sex partners as part of the immediate family to visit patients in critical conditions. The 2013 influential documentary “Bridegroom” by Linda Bloodworth-Thomason discloses a similar scenario where domestic partners can’t see the person they love and live in emergency rooms, even if they are dying. A similar case is presented in the Oscar-winning Chilean film “A Fantastic Woman.”

Hard to conceive and reinforce the social stigma, “Two of Us” is set in a small French Catholic town not easily opened to a lesbian relationship, even though it is now the XXI Century. 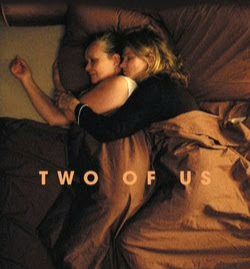 The novel Italian director Filippo Meneghetti talked to us at a virtual premiere hosted by Julianne Moore in Los Angeles. He denoted that this, his first film, made in France, had a long maturation process. “Two of Us” is the story of two human beings who want to spend the rest of their lives together. He pointed out that real life is told most surprisingly and painfully in his movie.

Years ago, he witnessed a similar situation with two significant persons. They taught him his love for cinema. Therefore, he felt compelled to tell their story as an act of gratitude.

Visiting another friend in Verona, where the “Romero and Juliette” tragedy occurs, Meneghetti saw two widows living in apartments across from each other. When he looked closer, their story clicked with his. A simple metaphor where the doors at the lovers’ apartments never close.

For five years, he worked with his co-writer Malysone Bovorasmy writing the eloquent script. They were always playing with the idea of ambiguity. From the beginning, Meneghetti wanted to create a different kind of atmosphere where nothing is accurate and everything is a reality.

In Meneghetti’s story, every character has an agenda. Madeline’s daughter won’t accept her mother’s relationship with another woman. Her son is questioning how faithful his mother was to his dead father. The caregiver needs money badly. Only the six-year-old grandson looks more tolerant of his grandma’s liaison.

The casting was tricky, he said. When Meneghetti writes, he never knows who will play a character. He wanted two opposite and strong, professional actresses for the leads. The cast was a gift from heaven since the troupers’ chemistry happens instantaneously. The film took a lot of work to pitch for financing. Who will put money into a movie about two elderly women in love? The shooting took thirty-one days. 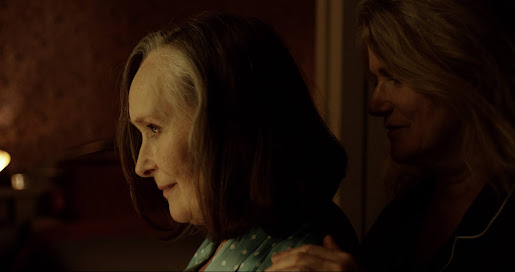 The fictional character of Nina Dorn is extraordinarily well-played by German actress Barbara Sukowa (“Hannah Arendt,” “Cradle Will Rock,” “Lola”). At the virtual premiere, Hannah mentioned that she got inspired by Julianne Moore’s performance in “The Kids Are All Right” for her part. Mrs. Sukowa’s performance is fierce, aggressive, and powerful. Her character is a well-traveled tour guide working in Rome.

Madeline Girard, splendidly executed by Martine Chevallier (“Farewell, My Queen,” “Tell No One,” “Blame it on Fidel”), is phenomenal. Her interpretation is stoic and breathtaking. Both actresses compliment each other flawlessly.

Composed by Michele Menini, the soundtrack is astounding and subtle. The music reinforces the actor’s gestures, dialogs and intentions organically. In the most dramatic parts, the instrumental composition is faintly audible. Still enhances the emotions purely, contrasting with the dazzling Italian main melody “Chariot,” performed by Betty Curtis, which appears in the impassioned opening and ties up at the sudden and thrilling resolution.

“Two of Us” is a fascinating drama co-produced by France, Luxembourg, and Belgium. It was selected as the French entry for Best International Feature Film at the 93rd Academy Awards. Filippo Meneghetti mentioned that representing France at the Oscars is an honor because his movie is a work of love and collaboration.

The trailer can create some kind of prejudice. The spectator doesn’t need to be “open-minded” or “narrow-minded” to appreciate this unprecedented and emblematic project. The film is about love, resilience, and compassion between two remarkable human beings. “Two of Us” is miraculous! 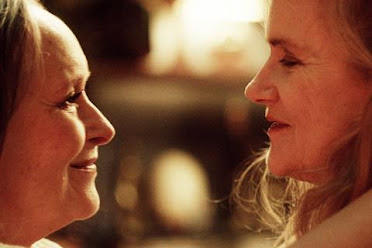 To witness “Two of Us” was a delightful experience. The film has plenty of symbolism joined by great music, talented actors, a bold director, terrific production value, and splendid scenery - the ingredients to make this motion picture one of the best movies of 2020.

Olga: The Ukrainian Gymnast Embodies Switzerland at the Oscars
Annette: Swings Between “La La Land” and “Moulin Rouge!” Beautifully
Undine: Dangerous Liaisons in Berlin
“Papicha” Girls Just Want to Have Fun and Freedom in Algeria
The Mole Agent: No “Mission Impossible” for a 90-Year-Old Chilean Private Detective
Quo Vadis, Aida? The Perfect Depiction of a Genocide in The Balkans
Parasite: Accomplishes the South Korean Dream
“A Fantastic Woman” Love, Grief, and Compassion in Santiago
“Roma” Anarchy and Repression in an Epic B&W Mexican Drama
Still Alice: Raises Awareness for Alzheimer’s
“Les Misérables” Boyz n the French Hood
“Birdman or (The Unexpected Virtue of Ignorance)”
The Painted Bird: In the Dawn of the Holocaust
And Then We Danced: Folk, Love & Pride in Georgia
Gunda: An Emotional Journey of Pigs, Chickens, and Cows
“Synonyms” A Good Jew in Paris
TWENTY BEST MOVIES OF 2020
THE WORLD’S BEST FILM FESTIVAL POSTERS 2020
The Best Latina-Theme Movies in America