The dynamic film industry touches the lives of many people in Los Angeles. Some dream of breaking into this competitive business. An enlightening approach to the compelling showbiz is to attend some of the 300 film festivals the City of Angels has to offer.

The abundance of film festivals in Los Angeles in October makes us call it: October Film Fest.

The formidable lineup of festivals encourages the much-needed diversity and the multi-cultural richness of the city. By assisting the film celebrations in town, filmgoers get the most for their money. They can attend the panels, seminars, conferences, and Q & As.

We all know that film festivals show movies that regular movie theaters don't. They provide a unique opportunity to meet the filmmakers, music composers, producers, crew members, and the movie stars. We can also have the chance to watch the Best Foreign Language Film submissions to the Oscars, documentaries, shorts, and go to cool movie premieres.

A film festival not only screens movies but also showcases the music, dances, food, wines, and spirits of every country.
THE LIST OF FILM FESTIVALS IN OCTOBER:
1. Sep. 27 - Oct 7 – Awareness Film Festival
Regal 14, DTLA. https://www.awarenessfestival.org 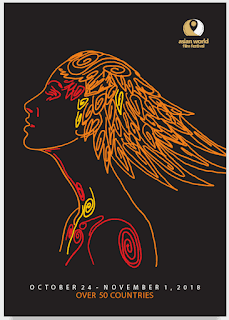 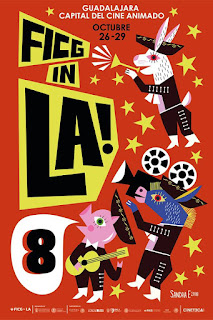 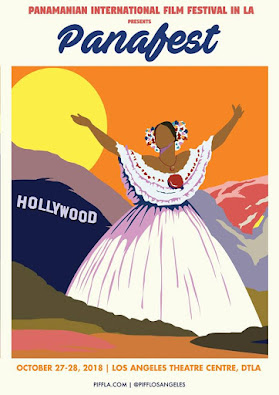 Related Articles:
Gunda: An Emotional Journey of Pigs, Chickens, and Cows
The Mole Agent: No “Mission Impossible” for a 90-Year-Old Chilean Private Detective
“The Silence of Others” Speaks Up Amnesiac in Spain
“The Great Hack” Faces Up To Ethics and Technology
“The Biggest Little Farm” Transforms Land Into a “Farmville” Reality
“Honeyland” The Last Beekeeper of Macedonia
“The Cave” An Underground “Elysium” for Children in Syria
Quo Vadis, Aida? The Perfect Depiction of a Genocide at The Balkans
The Painted Bird: In the Dawn of the Holocaust
Two of Us: Juliette & Juliette of Montpellier
Parasite: Accomplishes the South Korean Dream
“Roma” is Mexico's Official Entry to the 91st Academy Awards®
The Best Latina-Theme Movies in America
Latinas Tackle the "Latinx Issue" in Hollywood
The World's Best Female Lead Singer Movies
“A Fantastic Woman” Love, Grief, and Compassion in Santiago
SEVEN GREAT FOREIGN FILMS SHOWCASED AT AFI FEST 2017
Festival in LA ©2018
Posted by Festival in LA at Monday, October 01, 2018