Tove: Bounded by Art, Love and The “Moomins” 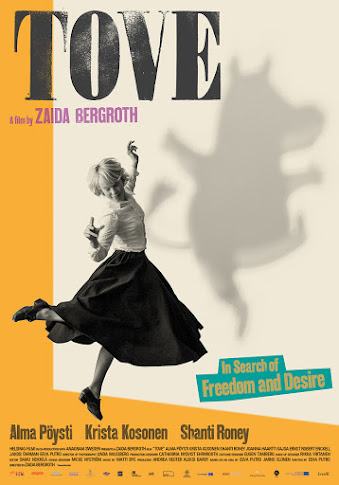 Once upon a time in Helsinki, a young lady full of dreams, hope, and vitality wanted to transcend history but didn’t know how. Her name, Tove Jansson. Her creation, The Moomins.

At the end of WWII, in Finland, culture was moderated by politics and religion to reunite society. At that time, the arts were a fundamental part of the country’s economic recovery. Tove’s renowned father, acclaimed sculptor Viktor’ Faffan’ Jansson, wanted to see his daughter become an extraordinary painter, but destiny had other plans. 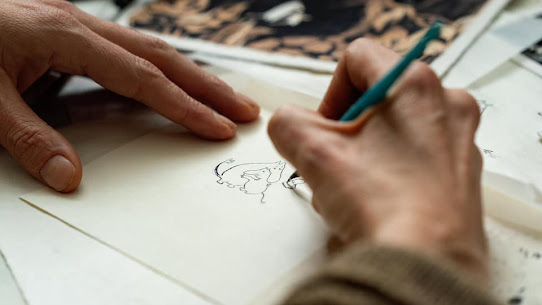 While Tove’s father worked on his art, the daughter consumed her precious time drawing sketches. The concerned parent asked her to continue painting, and she responded sarcastically, “Should I paint something for our fatherland?” The dialog and the visuals create relevant symbolism throughout the entire movie.

She wanted to gain independence and freedom from her parents. But those idealistic goals have a price. First, she must create a sanctuary to get inspiration, connect with her interior light, and perhaps a muse. She wants to use her experience as a well-traveled, liberal woman who knows how people in Morocco live.

Meeting a guy is a start to opening to her sexuality and a deeper existentialist level. Tove is a free-spirited woman who thinks having sex with another woman resembles a flying dragon on fire. Still, she believes that life is a beautiful adventure. In her artistic field, rejection does not come from her father’s disapproval but from academics.

She starts moving away from paintings to sketches and plays with the idea of having stripes with dialogues. Soon, her original and fun illustrations transform into an immense amount of satirical cartoons. 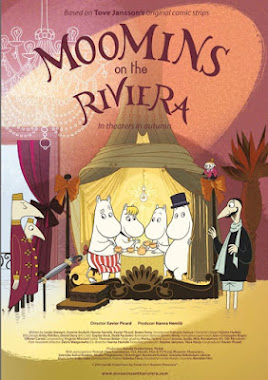 Actress Alma Pöysti plays Tove flawlessly. Before filming, she was already familiarized with the project because she previously participated in the animated feature film “Moomins on the Riviera,” giving voice to Niiskuneiti in the Finnish version.

Among the bourgeoisie, Tove feels sorry for people that are not artistic. “Ingenuity is a hallmark,” she says, referring to a personalized birthday card she drew for the wealthy father of her new best friend, Vivica Vandler (Krista Kosonen). Vivica is a theater director with whom Tove falls in love and decides to live the intensity of the Palme d’Or winner “Blue is the Warmest Color,” explicitly speaking.

Throughout the film, her graphic work becomes more relevant, and Tove’s unassuming and original work starts gaining followers. Her friends and loved ones are drowning in the mysterious world of the Moomins. Vivica treasures a blueprint of The Moominvalley and makes it hers. 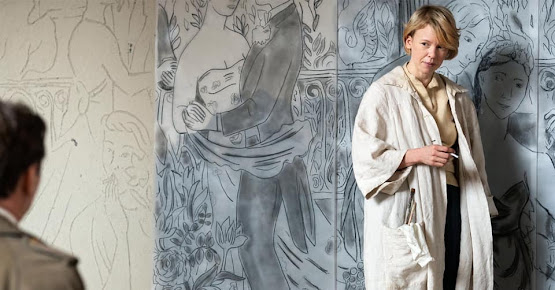 In Tove Jansson’s life, sometimes, opportunities came from connections with other artists and politicians. She is soon chosen to paint a fresco for the City Hall. A controversy regarding class conflict occurs, not as tense as Diego Rivera’s mural at the Rockefeller Center in New York depicted in Tim Robbin’s “Cradle Will Rock,” 1999. Still, both are in favor of the oppressed.

Vivica convinces Tove to write and stage a children’s play and elaborates that costumes and sets were a titanic labor of love that would pay off later in her life. 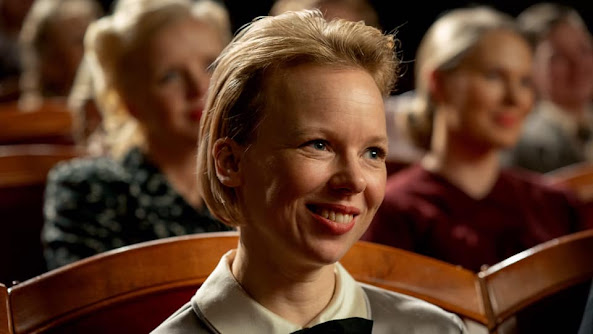 In the play, her ideology and lifestyle are reflected in some of the characters. Smoking, drinking, and swearing can be inappropriate for some children, and the press questions her. As an author, Tove wants to materialize her work as it is, without affliction. 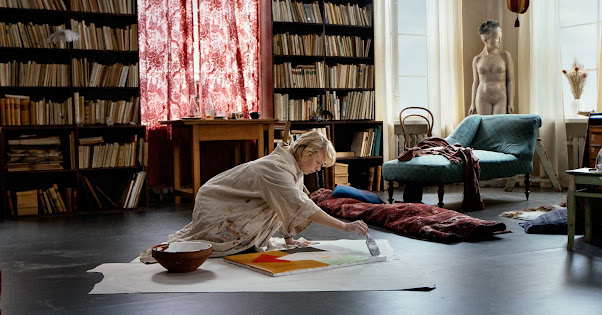 The film becomes heartfelt when we see Tove’s loneliness and struggle to make ends meet, forcing her to take a more commercial direction in her career.

In the 1950s, her debut as a cartoonist reached a bigger audience by signing a juicy contract with the London Evening News, the world’s biggest newspaper. She had to publish a comic-strip weekly. She asks her brother Lars Jansson to come on board to meet the demand. 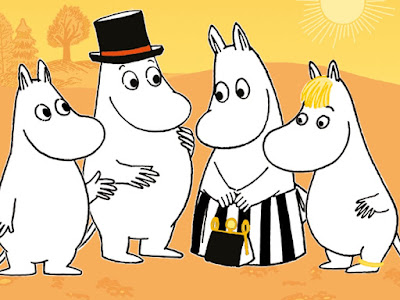 The music evolution enriches the story beautifully, evolving from an impassioned Tango to Jazz, Classic, and some fantastic “Chanson Françoise,” including the magnificent compositions of Matti Bye (“Everlasting Moments”).

The Moomins are physically ambiguous in form and color; for instance, they are white and neutral. Their shape is not precisely a hippo, but those charming, chubby creatures are the cutest.

Children and adults get fascinated reading the gentle sense of humor of “The Moomins.” Besides the sarcasm, they are part of the modern art movement. The creatures criticize the socialites’ pretentiousness and walk of life, and they have the ambition to explore the world. The cartoons are groundbreaking for other successful, irreverent, and popular animated series with a similar sense of humor, such as “The Simpsons,” “Family Guy,” or “Mafalda” from Argentina.

“Tove” is structured similarly to “Tom of Finland” - the 2017 biopic of an artist pioneer of LGBTQ rights. Tom revolutionized the world of graphics with his risqué and daring illustrations.

Without smearing the feminist crusade in the face, director Zaida Bergroth (“Last Cowboy Standing,” “The Good Son”) recreates Tove’s world in Europe during the 40s, 50s, and 60s wonderfully and portrays the life of Tove Jansson delicately. Bergroth focuses on Tove’s art and humanism, social class, and women’s sexuality eloquently.

Written by Eeva Putro, “Tove” is the Finish biographical film of Swed-Finnish author and illustrator, creator of the world’s acclaimed Moomins, who transcend through time. The film was selected as the Finnish entry for the Best International Feature Film at the 93rd Academy Awards.

“Tove” is an impassioned and imaginative work of art worth watching to expand our knowledge about essential creators from around the world.

TOVE (2020)Trailer | Moomins Creator Movie
Related Articles:
Three Thousand Years of Longing, George Miller’s Lavish Genie Tale
Mrs. Harris Goes to Paris, The British Cleaning Lady to the Dior House
Clara Sola: Defines Feminism with Magical Realism in Costa Rica
Olga: The Ukrainian Gymnast Embodies Switzerland at the Oscars
Annette: Swings Between “La La Land” and “Moulin Rouge!” Beautifully
The Mole Agent: No “Mission Impossible” for a 90-Year-Old Chilean Private Detective
Two of Us: Juliette & Juliette of Montpellier
Quo Vadis, Aida? The Perfect Depiction of a Genocide in The Balkans
Gunda: An Emotional Journey of Pigs, Chickens, and Cows
Parasite: Accomplishes the South Korean Dream
The Painted Bird: In the Dawn of the Holocaust
And Then We Danced: Folk, Love & Pride in Georgia