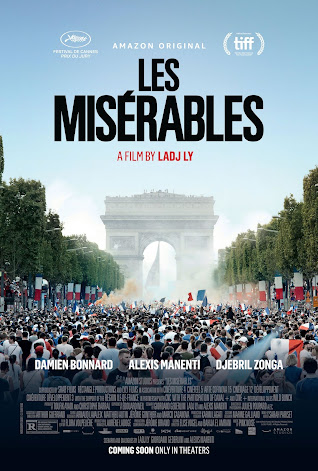 The winner of the Jury Prize at Cannes 2019 this film endures universal themes of inequality, marginalization, greed, and violence derived from social injustice.
Influenced by his personal experiences during the big-city project riots in 2005, director Lodj Ly adapted "Les Misérables" from his 2017 Award Winner short film.

The timing of this astonishing film debut couldn't be any better, as Lodj's story departs from the eruption of the collective euphoria on the streets of Paris motivated by the victorious celebration of FIFA'S Soccer World Cup Championship won by France, in Russia 2018. The event unified the country and sparked its social differences as well. The film moves from the iconic Parisian monuments to the not so charming projects of Montfermeil, 10 miles east of Paris. Inside those tiny apartments in the middle of the raucous building constructions the area, people pile up surviving with limited resources and difficult circumstances. 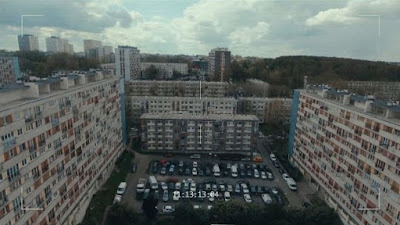 As the camera moves in, conspicuously, we start learning more about the composition of new French society integrated by Africans, Muslims, and the Middle East immigrants. Their descendants: hundreds of youngsters out on the streets, as a chorus of this never-ending operatic composition that is trying to tell us something more meaningful and substantial about people's struggles.

From the very beginning, the antagonistic groups' line-up. Among those - the gypsies owners of a colorful circus - the blacks immigrants, the mafia guys, the Muslim brotherhood, and the shady cops.

The officers' actions trigger an out of control chaos, the anarchy could jeopardize their well-being. The compromising situation can be overwhelmingly dangerous and explosive as a Molotov cocktail.

As Le Commissaire (Jeanne Balibar, “Barbara,” “I Hate Love”) instructs her police officers about the word “solidarity” at the police division: “There is no solidarity witouth a team, we are alone, you only have each other.” She introduces to the squad the new element, brigadier Stéphane Ruiz interpreted by Damien Bonnard (“The Trouble with You,” “Dunkirk”). The other two officers, Chris and Gwada (Alexis Manetti and Djibril Zonga), are reluctant to accept the rookie's inclusion.

Inside the patrol, Chris takes the lead, acting above the law and feeling like the new sheriff in the town of a cowboy movie. He thinks he can do whatever he wants. 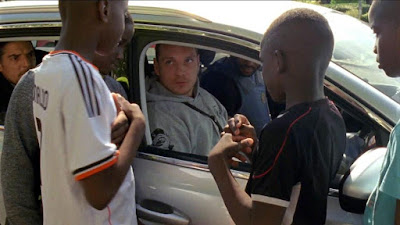 The officers’ felonies start by harassing teenage girls at a bus stop. They also have to deal with merchants and informants at the open market or mediating between gypsies and Muslims over a stolen lion cub.

As the story unfolds rapidly, not all the trends come to a full resolution. The audience wants to follow up on a video taken by a drone, operated by a kid who witnesses the police brutality. We want to know if the video went viral or not, and the reaction of its viewers in the story - after all, things get out of control effervescently.
This new and more visceral adaptation of Les Misérables was inspired by witnessing police brutality by the director Lodj Ly.

He said his film was hard to finance because of the subject matter. It took him nearly ten years in the making. Two hundred people participated in his epic production. The young actors were mostly children from the immigrant community with no experience, hope, or future. By having them participate in this film, they attained a new meaning to their lives.

In Lodj Ly’s own words, his compromise is with that marginalized and underprivileged immigrant community. For that reason, he is creating a film school, to induct children into the visual arts, and to let them tell their stories through those powerful images of their surroundings.
French society unifies by winning the World Cup. Soccer gives the feeling of belonging to a country. But when the game is over, everyone goes back to their differences.

The reality presented in "Les Misérables" shakes up the viewer by juxtaposing collective happiness with the anarchy catapulted by the corrupt cops. The Award-Winning project vividly shows the young people struggling with no future in an alienated society.

The French film is a catharsis with a small window open for hope and the possibility of constructing an inclusive society in a nearby future, idealistically thinking.
Les Misérables. Official trailer.
Related Articles:

The Academy Museum of Motion Pictures Opens at Last
Mrs. Harris Goes to Paris, The British Cleaning Lady to the Dior House
Annette: Swings Between “La La Land” and “Moulin Rouge!” Beautifully
THE BEST FILM FESTIVAL POSTERS OF 2019
COLCOA 23rd ANNIVERSARY
The Painted Bird: In the Dawn of the Holocaust
“Invisible Life” Melodrama is Not Dead Thanks to Brazilian Cinema
“Papicha” Girls Just Want to Have Fun and Freedom in Algeria
‘Cyrano, My Love’ A Fine French Comedy of Love and Errors

“Parasite” Accomplishes the South Korea Dream
“Synonyms” A Good Jew in Paris
“Pain and Glory” Almodóvar's Blast from The Past
“Honeyland” The Last Beekeeper of Macedonia
“Shoplifters” The Universal Language of Stealing
“The Art of Self-Defense” – Can Karate Cure Loneliness?
“The Biggest Little Farm” Transforms Land Into “Farmville”
“Endless Poetry” The Atypical Universe of Alejandro Jodorowsky

IF YOU ARE READING FROM A MOBILE DEVICE, CLICK: view web version FOR OTHER COOL FEATURES SUCH AS TRANSLATE POWERED BY GOOGLE, AN INTERACTIVE FILM FESTIVAL CALENDAR, AND MORE.
Festival in LA ©2019
Posted by Festival in LA at Sunday, December 01, 2019