Mrs. Harris Goes to Paris, The British Cleaning Lady on a Mission to Dior 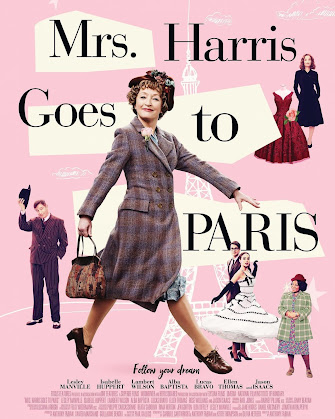 The delightful and heartwarming British sensation “Mrs. Harris Goes to Paris” is a total crowd-pleaser - an enchanting period drama about overcoming adversity, fulfilling dreams and desires, and achieving one of those little pleasures in life that makes us feel better about ourselves. It is one of the most enjoyable films of the year!

After losing her husband at the end of WWII in Poland, newly widowed Ada Harris (Lesley Manville) has to assimilate her marital status. To continue her life, she cleans houses to make ends meet and keep the dream alive. Although she still doesn’t know her fancy, she must go on with her charming personality. 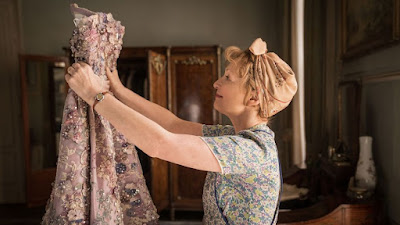 Moving away from the grimy depression of post-WWII, the British liked to play the lotto, listen to the raffles on the radio, and go to the greyhound races to make extra cash and keep going with their lives. Mrs. Harris is not an exception.

While Ada worked for some pretentious ladies who could relatively afford her cleaning services, she discovered an Haute couture Dior dress in one of those houses. Her desire quickly becomes a dream and then an obsession. Her incentive for working harder is to make enough money to get that gorgeous gown, even if she doesn’t know if she will wear it one day. Mrs. Harris must embark on a quest to the Dior House in Paris to get that dress.

The role of Mrs. Harris was tailored explicitly for experienced actress Lesley Manville. Mrs. Manville delivers a delightful interpretation of the old lady on a mission to the City of Lights.

Mrs. Manville’s extensive trajectory includes the critically-acclaimed TV series “The Crown” and “Dangerous Liaisons.” She also worked with Academy-award-winning directors such as Paul Thomas Anderson in “Phantom Thread,” for which she earned an Oscar nomination, and with Mike Leigh in “Another Year.” 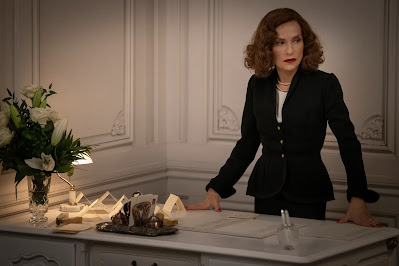 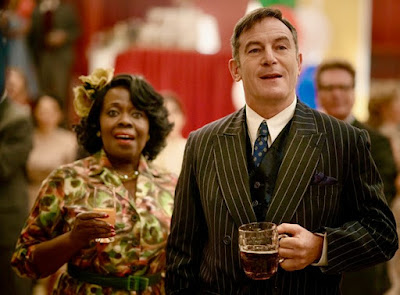 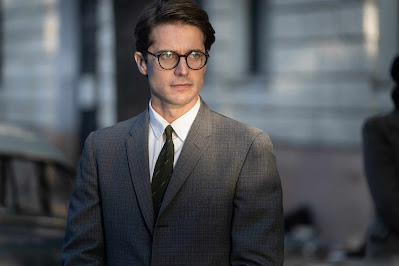 Model/actor Lucas Bravo who plays the handsome chef in “Emily in Paris” is the low-key Dior accountant who offers his apartment to Ada. He is also in love with the hottest model in the prestigious firm. Other recognizable names complementing the superb cast are Alba Baptista (“The Child,” “Fatima”) and Rose Williams.

“Mrs. Harris” transmits a lively atmosphere full of glitter, fashion, and intimate glamour. The flashy and stylish haute couture costumes are charming, and the Production design recreating the sets of London and Paris in the 1950s is remarkable.

The historic trash collectors’ strike in Paris is present almost in every scene as trash becomes an integral part of Parisian life – a prelude to the climax at the Dior firm, where Ada will have her glorious moment.

The film’s sense of harmony and good comedy comes from its original music composed by Rael Jones. The jazzy music score is catchy and twinkles delightfully – although Mrs. Harris’s central theme is similar to Luis Bacalov’s unforgettable soundtrack of the Academy Award-winning Italian film “Il Postino.” Some other musical tones evoke the Disney movie “Enchanted.” 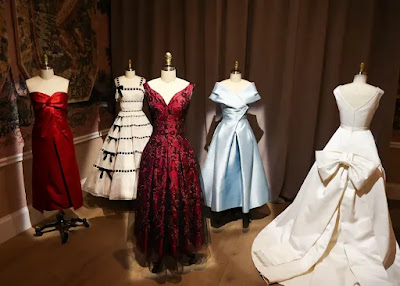 Right after the book’s publishing in 1958, the first adaptation of Paul Gallico’s beloved novel was a play in a short version of the compilation. In 1992, a TV movie with Angela Lansbury, Diana Rigg, and Omar Sharif followed. “Mrs. Harris Goes to Paris” is now a major motion picture fascinating hundreds of admirers across the globe. 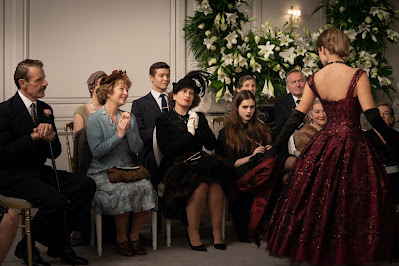 The film's long overture will round up with a rewarding conflict resolution. “Mrs. Harris” is not a character-driven story. The main character's relevance diffuses in front of the other equally important characters, which makes it a cast ensemble production. The editing could stay more on Mrs. Harris and not in the subplots. Thereby, a faster pace is needed focusing on Mrs. Harris to consolidate the surprise elements of the story. The cast ensemble works well, and the straightforward story serves the purpose of entertainment, keeping the audience cheerful until the end.

Grand Britain’s long tradition of making films with social content, class struggle, and labor strikes, “Mrs. Harris” continues with the same pattern. In these works, the entire community comes together and helps each other to overcome adversity, and achieve self-realization, including “Four Weddings and a Funeral,” “The Englishman Who Went Up a Hill but Came Down a Mountain,” “I, Daniel Blake,” “Waking Ned Devine,” “Calendar Girls,” “The Lady in the Van,” “Vera Drake,” and “Suffragette.”

Surprisingly in a fine comedy such as “Mrs. Harris Goes to Paris,” the references to John Paul Sartre and other influential philosophers touch other characters in the most crucial moments.

The story presents the irony of the main character’s existentialist crisis and how the entire community rewards her with respect, gratitude, recognition, and love – all of which we seek for true gratification, as Mrs. Harris did in this fancy and enjoyable fable.