DANCER: THE UKRAINIAN BILLY ELLIOT OF ‘TAKE ME TO CHURCH’


“Billy Elliot” is a fictional character, Sergei Polunin in “Dancer” is real. 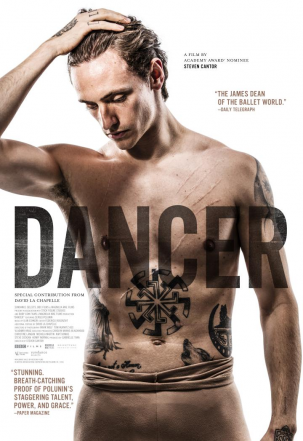 “Dancer” chronicles the life of the remarkable male ballet performer of whom the British media named “the bad boy of ballet,” Sergei Polunin. Polunin was also called “The New Nureyev of Ukraine.”

In Polunin’s early days, he had to learn a valuable lesson “dancers have to be tougher.”

His mother recalls his son's fervent passion for dancing since childhood and how he had learned the gymnastics first before moving into ballet.

"Polunin wanted to be the best," his loving grandmother remembers. 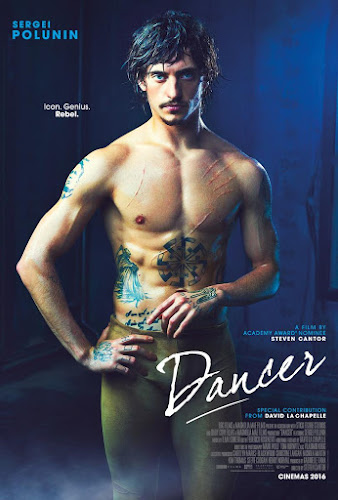 To provide with the tuition funds Sergei needed to succeed in dance, his family separated and went to work in different countries (Greece, Portugal, and Russia).


Polunin moved with his mom to Kiev. The emotional toll of his journey pursuing his dreams worsen when in London he and his mother had to separate due to a visa problem.

At the age of 19, Polunin becomes the Royal Ballet’s youngest principal dancer in history. His family never saw him on stage.

Sergei was so demanding of himself that the pain of his body had to be mitigated with cocaine. 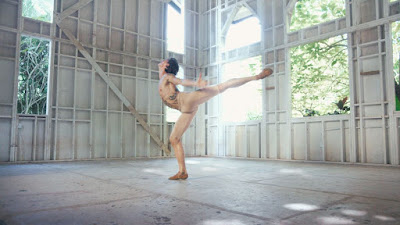 Polunin's virtuoso recognition started in Ukraine, then when he moved to the U.K., Russia, and now it continues in the U.S.A.

While planning his last dance performance in Los Angeles, Polunin got in contact with the famous photographer David LaChapelle and after that, they went to Hawaii to shoot the music video “Take Me to Church.”
TAKE ME TO CHURCH

Sergei Polunin, "Take Me to Church" by Hozier, Directed by David LaChapelle

Sergei Polunin, in those four minutes of breathtaking performance conquered the world and inspired thousands of fans who could not stop playing the clip over and over again.

In days, the music video went viral with more than 17 million views worldwide.

In the documentary “Dancer” Sergei Polunin's sexuality was never disclosed, as the story centers on his struggle, his moves, skills, personality, and family.

“Dancer” took nine months to edit, yet was still not enough time to make the documentary flow with creativity and tighter structure. 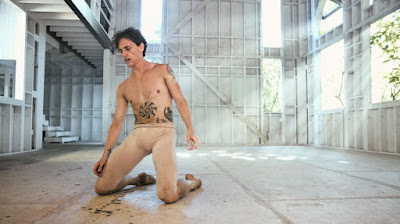 The transitions of the film were rough. The story is linear with flashbacks from different sources (video, cell phones, the internet, film, news and TV shows). These were not properly trimmed and timed to keep the movie evenly in color and mood from beginning to end.

Some beautiful dancing shots were seemingly cut too soon and other moments about his family were too long. The amount of information was tilted to present Sergei's good imagine and family tides.
The director of this touching documentary, Steven Cantor, was able to capture Sergei Polunin’s emotions, skills, and creativity with an open heart.
Polunin’s awareness was to use his body and dancing moves to give people joy. 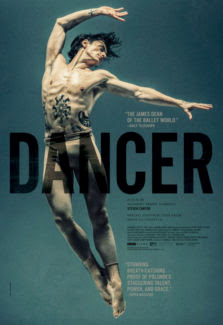 “Dancer” is an inspirational documentary about sacrifice and personal growth that deserves to be seen by a broader audience around the world.
DANCER official trailer

“A Fantastic Woman” Love, Grief, and Compassion in Santiago
“In the Fade” “Revanche” in Hamburg
“The Square” An “Exit Through the Gift Shop”
SEVEN GREAT FOREIGN FILMS SHOWCASED AT AFI FEST 2017
“Endless Poetry” The Atypical Universe of Alejandro Jodorowsky
25 Great Foreign Films that Did Not Get Distribution in US Theaters
“Cezanne and I” An Extraordinary Journey of Art and Friendship
“My Life as a Zucchini” The Beautiful Animated Life of a Little Swiss Boy
“KICKS” A BUNCH OF KIDS OF COLOR ROAMING IN SUBURBIA
“Güeros” A Lyrical Love Letter to Mexico City
20 BEST GAEL GARCIA BERNAL MOVIES
The World's Best Female Lead Singer Movies