Colossal: Not Your Typical Godzilla Movie 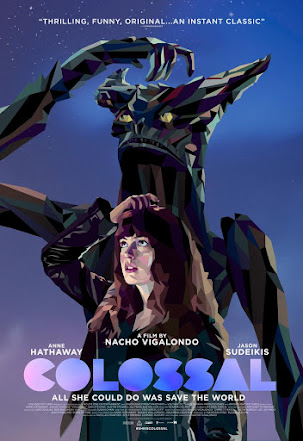 “Colossal” departs from a love story to a disaster movie with fateful consequences in other latitudes - Seoul, South Korea, for instance.

When humanity creates monsters who destroy cities and kill innocents, heroes must rise to fight supernatural evil.
Anne Hathaway, out of her memorable Oscar©-winning performance in “Les Misérables” and away from the glamour of “The Devil Wears Prada,” is unrecognizable. She transforms herself now into this crazy alcoholic New Yorker. Fired from her job and dumped by her immature boyfriend, Dan Stevens (“Downtown Abby” and “Beauty and the Beast”), Gloria seeks refuge in her small hometown located in the middle of nowhere.
In there, she is going to be rescued by a mature guy named Oscar, wonderfully played by Jason Sudeikis (“Horrible Bosses,” “Drinking Buddies”).

Jason’s character starts as the likable guy, owner of a bar who pretends to care for her by offering a job waiting tables, just because he still has a crush on her since elementary school. In their nonexistent love story, jealousy and bad memories become their greatest enemy.

Sudeikis is terrific playing the insane!
Anne Hathaway is remarkable as a comedian, and her clumsiness raises the bar for this performance. At that time, she was five months pregnant when the production started.
As Gloria tries to sober up, she realizes she has control over another being bigger than herself - far away from her tiny, little, crazy universe.
Gloria must put herself together to save the world!
When Oscar learns Gloria’s secret, he gets mad and loses control, becoming a monster. The eternal battle between god and evil - women and men begins.
After the big international hit of “Cronocrimes/Los Cronocrimenes” in 2007, visionary Spanish director Nacho Vigalondo, in “Colossal,” intelligently mixes adventure, drama, disaster, science-fiction, and a monster movie with dark comedy.
Coincidentally, this independent production continues in the same genre as Jeff Nichols’ “Midnight Special,” J.A. Bayona’s “A Monster Calls,” or even Guillermo del Toro’s “Pacific Rim.”

Funny, humble, and unconventional, Vigalondo is a very creative director who changes the game's rules by altering the stereotypes of odd characters and unbelievable situations by resourcefully twisting every scene’s outcome. And above all, Vigalondo  “tiene mucho corazón.”

Furthermore, he is very passionate about his craft. For example, the monsters in his film are creatures with no gender, and he is changing the signals sent by that kind of movie.

The production level and budget in “Colossal” were significant for the standards he worked on in his previous projects. He was surprised that the producers of this ambitious film wanted more special effects and action sequences with no worries about money. He was given total creative freedom for his first film in English lingo. 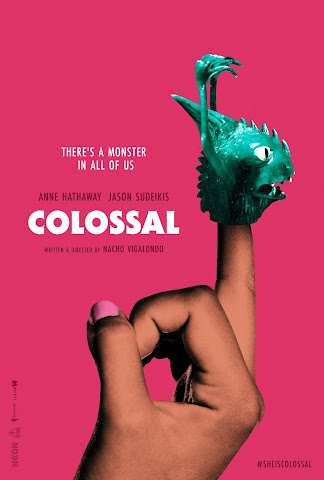 Nacho, politically correct, said, “This movie is open to interpretation, and it doesn’t push any particular agenda.” He feels that movies are a product of their time
In this film, he set part of his narrative in South Korea because the two stories have to be as divergent and far away as possible.
“An explosion in Paris is more dramatic than in Syria because humanity tends to minimize one culture over another,” he said.

Technically, “Colossal” contains odd moments, dark cinematography, and rough transitions that can confuse the audience, but all is good. People will wonder whether the human species will be destroyed or triumph over the evil forces as in a tragicomedy.
In a rare appearance at the USC School of Cinematic Arts, Nacho spoke about the film-writing process: “Write what you like, something that you are passionate about, something amazing. Do not write two or three bad transition scenes to fill the page; it won’t work. Create something fantastic, no matter if it has continuity or not. For, you see, the sky is ‘Colossal.’”