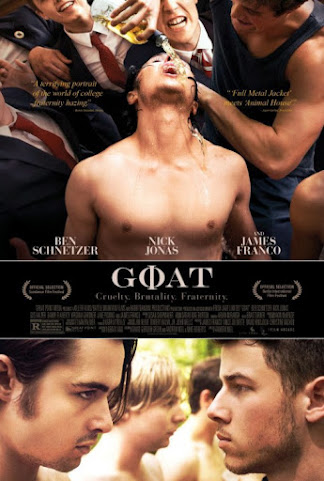 Surprisingly controversial, “Goat” is one of the most shocking films of the year!

“Goat” is a hazardous young-adult drama that unlocks the debate about the outrageous “Fraternity rituals” and bullying on campuses across America.


The story focuses on two ambitious brothers with big dreams and high expectations, Brad Land (Ben Schnezert) and Brett Land (Nick Jonas). A Freshman and a Senior college students conflict on opposite sides of a Fraternity. 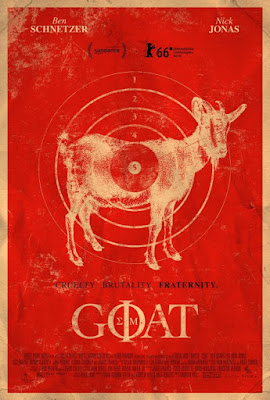 During a summer celebration, the white youngsters, party hardcore with alcohol, drugs, and shameless sex. 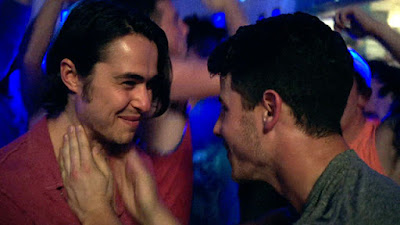 Feeling left out, Brad, the introverted younger brother, leaves the party early. His insecurities play a significant role in his emotional decisions, as he couldn’t say “no” to a stranger who begged him for a ride.

Down the road, the stranger and a friend beat the hell out of him. This traumatic assault puts Brad’s well-being at risk making his transition to college even more painful. 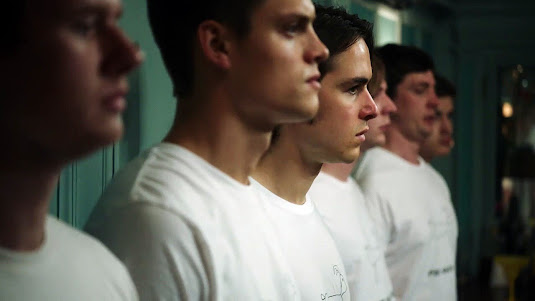 At the University, pledging to the sickening initiation rituals of the Fraternity becomes a living hell for all the newbies, including Brad.

There is no place to run for those “poor rich white kids.”

Testosterone and adrenaline run high among the members of the Fraternity. The Seniors’ aggressive behavior is used to scare and abuse Freshmen and treat them like a “goat” ready for a sacrifice (metaphorically speaking). 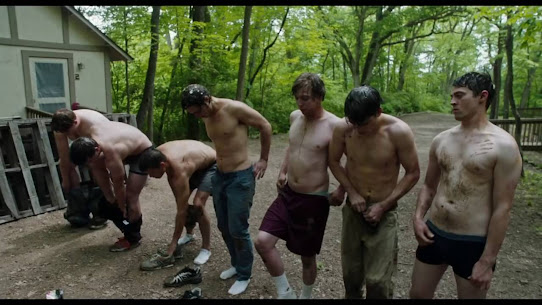 The epitome of humiliation comes when the “goats” become the guinea pigs, pet toys, and all sorts of animals.

The physical and emotional assaults of the young students are pushed to the limits.

Feeling the pain, Brad, in his desperation, eventually expresses, “I’m sick of getting scared all the time.” 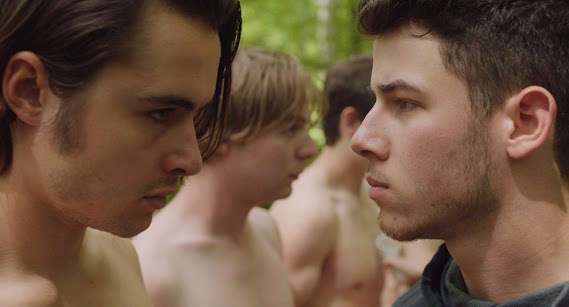 At one point, Brett becomes aware of the damage he and his buddies are causing to the youngsters (including his little brother), that start doubting the Fraternity’s hierarchical rules. He develops an internal conflict with the dark side of brotherhood morals.


The ex-member of the Jonas Brothers band turned into a pop star; Nick Jonas is terrific in his film debut. He plays the tough big brother with internal conflict with confidence.

On campuses across the country, nobody seems to break the vicious cycle of abuse as we learn that professors, counselors, principals, and the authorities in charge of the student’s well-being know about the bullying and do nothing to stop the excessive use of violence of the Fraternities, making this crime institutionalized.


Witnessing “Goat” could be essential for parents, teachers, and students to start discussions about bullying at colleges across America.

The problem of bullying on campuses is not exclusive to white male students. It happens to all ethnic groups and even the Sorority groups (for women); it happens to anyone, everywhere.

Other notable films about bullying in schools worth mentioning are the British production “The Riot Club,” “Dazed and Confused” by Richard Linklater, the Mexican Award winner “After Lucia,” the Gus Van Saint’s Palme d’Or winner “Elephant,” and “Klass” from Estonia.

The graphic violence in “Goat” is compelling and crosses the line several times. Still, the picture produced by James Franco and directed by Andrew Neel didn’t risk pushing the bar higher and making “Goat” more transcendental, consistent, and edgy.
Actors Ben Schnezert and Nick Jonas dug deep into their emotions to portray such a powerful and unforgettable character. Although, the film needed fewer dialogues and explanations to continue the momentum gained in the beginning. It needs more symbolism, punch lines, and confrontational situations to create a significant impact until the end, like “Amores Perros” and “Blue is the Warmest Color” did years ago.

After seeing “Goat,” I have to ask myself a question: If we continue with this vicious cycle of bullying, abuse, and emotional damage, what kind of world are we building for the next generations? The period of violence must end.
The “Goat” official trailer

Related Articles:
“The Art of Self-Defense” – Can Karate Cure Loneliness?
Troop Zero; Young Earthlings on an Astounding Mission
“My Life as a Zucchini” The Animated Life of a Swiss Boy
“Moomins on the Riviera,” An Animated Feature with Social Satire
“LONG WAY NORTH” EMPOWERS “LITTLE WOMEN”
“The Biggest Little Farm” Transforms Land Into a “Farmville” Reality
“ZOO” SAVING PRIVATE ELEPHANT
“Hunt for the Wilderpeople” Is the Funniest Manhunt Movie Ever
“Barry” And “The Wonder Years” Of Barack Obama
“Les Misérables” Boyz n the French Hood
“Tigers Are Not Afraid” And the Lost Boys & Girls of Mexico
“Güeros” A Lyrical Love Letter to Mexico City
“KICKS” A BUNCH OF KIDS OF COLOR ROAMING IN SUBURBIA
And Then We Danced: Folk, Love & Pride in Georgia