A delightful family drama based on an incredible true story of a boy and his friends on a journey to help save a baby elephant during wartime.

A little elephant arrives at the Bellevue Zoo in the city of Belfast, Northern Ireland. Soon we learn that the pachyderm had a difficult time where he came from and needs considerable attention to survive.
Young actor Art Parkinson is quite a revelation in this movie. He plays the twelve-year-old boy Tom Hall with so much charm and moves quickly in front of the camera. Tom joins his father, the veterinarian headman, in his daily routine at the zoo. The convalescent baby elephant is in a special care unit.

When Tom and his father arrive to visit him, it is an instant connection between the little creature and the boy.

In school, Tom gets bullied by his classmates. Regardless of the unfriendly environment, he finds some allies. Among them are a friendly silent girl, a tall chubby boy with his “little brother,” and a long-standing lady with an infinite love for animals.

Tom’s father leaves the zoo and his family to fight in the war. Thousands of people died in Ireland during the two bombings executed by Germans.

During the WWII raids, the authorities ordered to killof of all the animals in the zoo in case they escaped and endangered public safety.

Tom quickly learns that the same fate could happen to Buster, and he will do whatever it takes to save the elephant’s life.

Regarding story structure, “Zoo” runs a little slow. The screenplay overstates the refusal of the call of every single character way too much, creating an enormous barrier to the harmonious flow of the piece.

This film needed a melodic orchestration to make the story unfold more smoother. Like in the classic works centered on children of the visionary filmmakers Alfonso Cuarón's “A Little Princess” or Agnieszka Holland’s “The Secret Garden.” 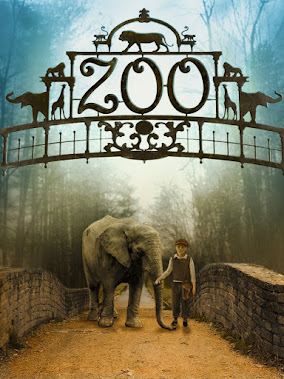 “Zoo” distances itself from other European productions from the same period, such as “The Zookeeper’s Wife,” a much more obscure film set in Poland with a bigger budget.

Straightforward, warm, and affectionate, “Zoo” focuses on loyalty and friendship. This war movie with children leaves everlasting recollections in the viewer’s memory.

Another stunning war films that leave a similar response are the French production “A Bag of Marbles.” It recounts the journey of two Jewish brothers escaping the Nazi invasion in Paris.

The Italian Oscar© winner “Life is Beautiful” is a heartfelt story of a boy and his father inside a concentration camp during the Holocaust.

Also, “The Book Thief.” It tells the story of an intelligent and brave girl who brings books to read to a Jewish refugee hidden in her step-parents’ basement. 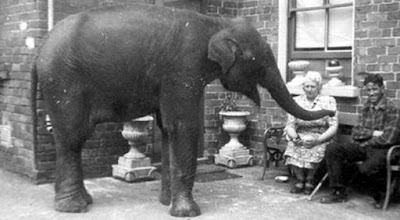 “Zoo” is an adaption from an article published in an Irish newspaper that led an exhaustive investigation to find Denise Austin, the eccentric lady who, in real life, saved the elephant while working at the zoo. For her heroic action, she was named the “elephant angel.”

Ironically in this film, Mrs. Austin, played by the actress Penelope Wilton, has only a small part as a friendly neighbor and an animal lover. She has nothing to do with the zoo but plenty to do with the elephant.
Director Colin McIvor’s surprisingly well-made first feature continues a tradition of excellence in Irish Cinema.

“Zoo” has some dynamically written fine lines to be delivered by a group of terrific actors who portray those unique and diverse characters in this somehow... a moving family drama.
Zoo trailer

Related Articles:
Roma and Ten New Mexican Trailers
“Jurassic World: Fallen Kingdom” “Honey I Blew Up the Dino”
“Endless Poetry” The Atypical Universe of Alejandro Jodorowsky
“Hunt for the Wilderpeople” Is the Funniest Manhunt Movie Ever
“My Life as a Zucchini” The Animated Life of a Swiss Boy
“Moomins on the Riviera” is  A Sophisticated Animated Feature with Social Satire
“LONG WAY NORTH” EMPOWERS “LITTLE WOMEN”
“GOAT” WHITE BOYS DO CRY

“KICKS” A BUNCH OF KIDS OF COLOR ROAMING IN SUBURBIA