Hunt for the Wilderpeople: Is the Funniest Manhunt Movie Ever 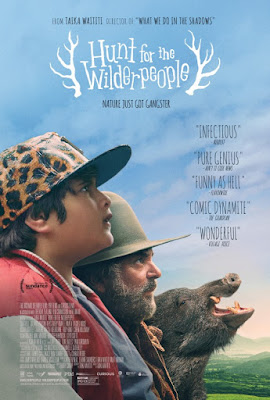 “Hunt for the Wilderpeople” is the funniest manhunt movie of ever! A wild adventure.

From the accomplished director Taika Waititi (“What we do in the Shadows,” “Boy,” “Eagle vs. Shark,” and the upcoming Marvel Superhero adventure: “Thor: Ragnarok”) comes this incredible adventure “Hunt for the Wilderpeople.” 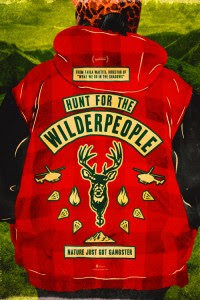 This New Zeland's smatching hit opens with a beautiful landscape that looks out of one of “The Hobbit” movies, where our adventure begins.

Classified by the authorities as a menace to society, Ricky (Julian Dennison) is sent to a foster home in a farm.

The film vividly shows, in a flashback, his criminal record: cursing, graffiti, and spitting among other felonies done in his elementary school, and in the streets.

The vehement social worker takes those offenses seriously. She becomes an obsessive vigilante of the kid from beginning to end.

Ricky gets a new chance in life, to live in a very modes farm with Aunt Bella (Rima Te Wiata) and the crabby Uncle Hec played by Sam Neill. They don't have any children, neither any modern devices to entertain this young punk who likes hip-hop. 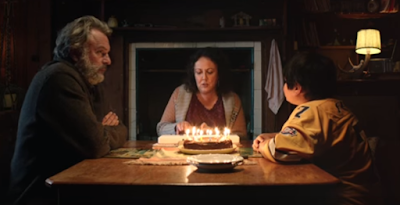 In a marvelously welcoming scene, they receive Ricky with an open arms, a birthday cake and a precious gift, a dog he names Tupac.

When he gets used the new lifestyle, something happens that freaks him out, propelling his scape into the wild. 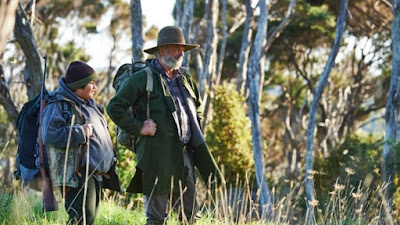 After a few days alone, uncle Hec joins him. As they share the road, the adventure turns amusing, and the manhunt goes viral because the odd couple becomes the famous outlaw and the most wanted on the Internet. 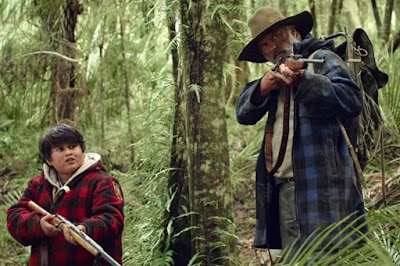 “Hunting for the Wilderpeople” has some underlying questions hard to see in a Hollywood movie: What an ethnic child is doing with an older white male alone in the woods? Who are wilder, the runaways or the hunters? Who is always pushing Ricky to the side, the people, or the system? 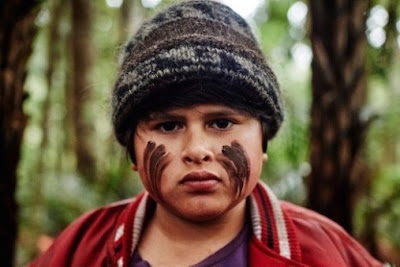 Ricky is wonderfully played by a very young and talented Julian Dennison (“Chronesthesia,” “Paper Planes,” and “Shopping”). He is hilarious, his confidence and charisma go beyond expectations. Ricky's self-esteem never goes down because Ricky is a warrior and never gives up.
Contemplating the breathtaking landscape, Uncle Hec tells his little companion: “This place is “majestical,” the kid corrects him: “Majestic” is the right word.”

In every chapter, the film has an incredible new adventure, with clever references to “Rambo,” “The Terminator,” and “The Lord of the Rings” trilogy. Also, there is a spectacular car chase comparable to any of the “Mad Max” movies made in Australia.

“Hunt for the Wilderpeople” remarkably shows children in everyday situations becoming extraordinary – as in the 2004 British film “Millions” by the Oscar-winning director Danny Boyle (“Slumdog Millionaire,” “Trainspotting”) or “Whale Rider,” 2004. Also, it has similar humor as in the 2013 Eugenio Derbez Mexican hit “Instructions Not Included.”

Related Articles:
“The Final Master” A Cinematic Feast of Martial Arts
“Cezanne and I” An Extraordinary Journey of Art and Friendship
“My Life as a Zucchini” The Beautiful Animated Life of a Little Swiss Boy
“KICKS” A BUNCH OF KIDS OF COLOR ROAMING IN SUBURBIA
“Güeros” A Lyrical Love Letter to Mexico City
“Neruda” Runaway Poet
“Colossal” Not Your Typical “Godzilla” Movie
The World's Best Female Lead Singer Movies

Email ThisBlogThis!Share to TwitterShare to FacebookShare to Pinterest
Labels: #JosesReviews, Hunt for the Wilderpeople, Marvel, New Zealand, New Zealand Cinema, Sam Neill, Taika Waititi, What We Do In the Shadows