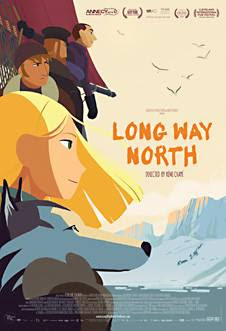 A marvelous journey of courage and love that empowers "Little Women" to the great extent of “Brave” and “Frozen” all the way up to the North Pole. 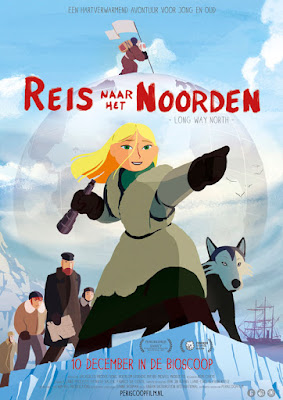 “Long Way North” is feast an of colors of astonishing beauty in an elegant French animation.

Our story starts in Saint Petersburg where Sasha, a 15-year-old Russian Aristocrat is set to marry someone she doesn't love.

At that time, women were not allowed to have an education in sciences and arts as they are having now.

The little girl's bravery will take her to places she always dreams to go with her grandfather. The family’s library was a magnet attracting the curiosity of Sasha and her friend Olga. Their favorite subject was geography: maps and the diaries left by her visionary grandfather, Oloukine. The family's patriarch went on an expedition “Long Way North” on a ship named the Davia.

The grandfather was supposed to make history and be the first man to set foot in the North Pole, but he never came back from that trip.

Back home, the Tsar's nephew defamed the family's honor by laughing about the old man’s unfinished business.

Sasha was not happy about that, she had a hint about where her grandfather got lost, and nobody else looked before, no one listened to a young little woman.

She challenges herself and propels on a monumental quest to search for the truth, and vindicate her old man's legacy and the family's prestige.

Sasha’s endurance will help her to reach for the impossible. 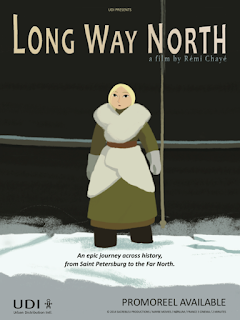 Rémi Chayé directed this spectacular adventure in a traditional 2D animation. It took to the French-born artist ten years to make this beautiful film. The conception of this film is an act of love.

This animated feature was selected as one of the COLCOA’s 15 Must-See French Films premiering in Los Angeles. 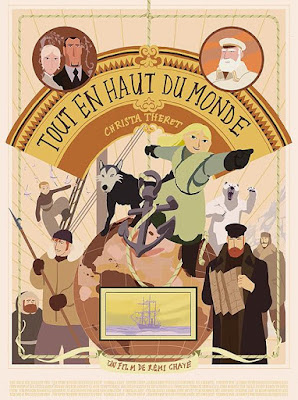 “Long Way North” is a gratifying, engrossing, sophisticated, and beautiful to watch French animation, that goes out to empower women from around the world. It is suitable for the entire family - enjoyable by children and appreciated by grownups.

Long Way North trailer
Related Articles:
“Hunt for the Wilderpeople” Is the Funniest Manhunt Movie Ever
“My Life as a Zucchini” The Beautiful Animated Life of a Little Swiss Boy
“Moomins on the Riviera” A Sophisticated Animated Feature with Social Satire
The World's Best Female Lead Singer Movies
Ixcanul Pursuits Guatemala’s First Oscar® Nomination
“KICKS” A BUNCH OF KIDS OF COLOR ROAMING IN SUBURBIA