Jurassic World: Fallen Kingdom; “Honey I Blew Up the Dino” 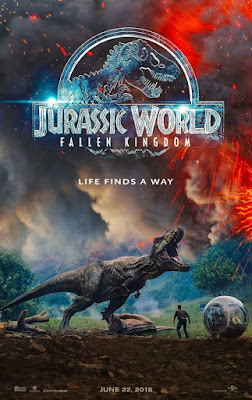 “Jurassic World: Fallen Kingdom” is a wild theme-park ride that combines sci-fi and conspiracy theory with chunks of melodrama – all blended in by the Spanish director J. A. Bayona (“The Impossible,” “A Monster Calls”).

Twenty-five years have passed since Steven Spielberg amazed the world with the first “Jurassic Park.” Since then, five movies integrated this profitable franchise.
This new adventure starts when a volcano threatens all sorts of life on the Costa Rican island of Nublar. A group of activists launches a campaign to save the “Dinos.”

Furthermore, media and politicians will decide what’s the right thing to do: to save the dinosaurs or let the volcano destroy the island.

The always fantastic actor and jazz musician Jeff Goldblum, plays Ian Malcolm, a well-known mathematician who specializes in the 'Chaos Theory.' He testifies in front of global representatives on the importance of preserving the life of dinosaurs. Mr. Goldblum's character is the only one who appears in all five "Jurassic Park" films. 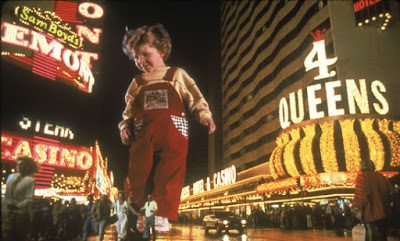 Without any spoilers, the Jurassic sequel has some meeting points with the 1992 Disney's fantasy-comedy “Honey I Blew Up the Kid.”

In the children’s story, a blown out of proportion a “baby” is chased to Las Vegas. In this new transitional “Jurassic World” venture, the plotline leaves the door open to lead the “dinos” to a populated area.

Oops, not that fast. First, we need to see how dinosaurs’ DNA gets altered by greed and a weaponry ambition.

“The Jurassic World” sequel pushes the “diversity” agenda by introducing new characters appealing to the mainstream audiences, mostly to the millenniums.
The geek squad is integrated by L.A. born, terrific young actor, Justice Smith ("Paper Towns" and “The Get Down” TV Series), who plays the goofy Franklin Webb: He adds humor and tension in some of the dramatic moments.

On the contrary, Chris Pratt’s performance falls flat with some dormant moments that exasperate the audience due to the uncertainties and his lack of action. The famous superhero of many other franchises needs to reinvent himself for future sequels.
It is gratifying to see a familiar face of the art-house cinema circuit: the legendary actress Geraldine Chaplin (“Cria,” “Talk to Her,” “Sand Dollars”). She plays Iris, the enigmatic custodian of the little heiress Maisie Lockwood, wonderfully acted by the newcomer Isabella Sermon.

I had the opportunity to be one of the first journalists to interview the Spanish director upon his arrival in America. At that time, J.A. Bayona was very proud of having Guillermo del Toro as an executive producer working on his first film “The Orphanage.” Ten years later, the Catalan visionary director has made it in Hollywood with this mega-blockbuster project, “Jurassic World: Fallen Kingdom.”

Bayona’s longtime collaborator Oscar Faura did the stunning cinematography, hard to appreciate in some parts because it's equally busy.

The music by Michel Giacchino is boundless, but the sound effects are way too noisy.

The 170 million dollar newest addition to the franchise is more vivid and more dramatic than the preceding parts.

People may leave the theater after watching this Sci-Fi Dino-adventure with the same experience of having gone to a theme park for a fun and wild ride.
Jurassic World: Fallen Kingdom trailer