Drunken Birds: Paradox and Poetry in a Canadian Immigration Drama 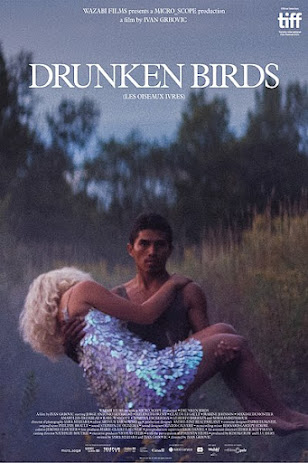 Stunningly photographed and well-executed, “Drunken Birds” reveals with poetic regard the beliefs, actions, and passions of its three uniquely opposite characters.

“Drunken Birds” centers its narrative on memories about love, abandonment, and coming-of-age. Divided into three acts just as “Days of Heaven,” “Amores Perros,” and “Magnolia,” the Canadian production unfolds a compelling dramatization not far from reality.

Inspired by the seasonal migrant workers in Canada, the film opens with a young man arriving at an apartment complex in Montréal – and continues with a flashback set in Mexico showing a mansion – complete with white tigers and other unrestrained animals abandoned. Then, a portrait of a man who, more than a patriarch is a drug lord. He is doing some time in prison because someone betrayed him.

The place holds a secret of a love triangle, in which Willi (Jorge Antonio Guerrero) falls for the Narco’s wife, Marlena (Yoshira Escárrega). Fearing for their lives, the young lovers flee to Canada in opposite directions.

At the Ferme, Vinet – one of the oldest agricultural centers outside Quebec – Willi, among other seasonal workers, learns the rules and responsibilities of harvesting lettuces. Four years pass by, and Willy still misses Marlena, the love of his life.

It is hard to forget a loved one, even in a tranquil oasis.

After his breakthrough performance as Fermín opposite Yalitza Aparicio in the 2018 Academy Award-winning feature “Roma,” Jorge Antonio Guerrero remarkably takes the lead playing a Mexican immigrant worker in this transcendental Canadian production.

The story takes a dramatic turn when Willi crosses paths with Julie (Hélène Florent), the neglected owner of a Canadian farmhouse, and her precocious teenage daughter, Lea (Marine Johnson), who only wants to have fun in the city.

The complications are straightforward when their past confronts their present. Although, the conundrum keeps us wondering about possible resolutions. Everything becomes chaotic when Lea´s silence implicates Willi of wrongdoing.

The brief flashbacks diffuse the emotional context of the story, but the beauty of the imagery holds the narrative well.

“Drunken Birds” is also inspired by the 2011 Mexican Oscar entry “Miss Bala.” The script denotes to detail the countries where the stories take place in countries as far as Mexico, Canada, China.

The well-balanced cinematography is the responsibility of Sara Mishara. She accomplishes cinematic glory by capturing the lighting of the “magic hour” splendidly. Sara shot the project “old school” with a 35mm camera. The film's grain gave her the convenience of having plenty of depth in the long shots and enhancing the close-ups with clarity, giving the movie the desired “dreamlike style.” 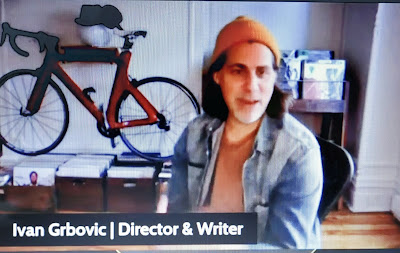 According to its director Ivan Grbovic, “the characters of this intriguing triptych have different personalities with multidimensional layers that are not necessarily likable, although their behaviors are driven by love, desire or curiosity.” He added, “in this puzzle, all the pieces do not always fall together but are equally important.”

The independent production has the potential for greatness with limited resources, although, at the entrance of the "bad hombres" to the hacienda in Mexico needed to be choreographed better. There are plenty of other films where the tension is in sync with a festive atmosphere denoted in local productions such as Luis Puenzo’s “Old Gringo,” Baz Luhrmann’s “Romeo + Juliet,” or Ruy Guerra’s “Eréndida.”

Willi’s noble heart tells him to help the ones in need, it is in his nature, even if that causes trouble with dramatic consequences in his immediate future. We have to remember that no one is guilty until proven otherwise, and no one is blameworthy until the truth comes out, but certainly, we are not sure if that will ever happen in fiction.

The filmmakers said that people in Canada compared the word "drunk" with love or joy and birds with unity and migration. It is like the birds' flock moving together instinctively in complete freedom, just as we relate to the film’s character’s stories effortlessly.

“Drunken Birds” or “Les Oiseaux ivres” climax comes when the three stores converge at one point. At that precise moment, justice is needed at most, but the irony is that we cannot always get what we want in life, and we have to keep present that the biggest enemy of all is silence.