Shoplifters: The Universal Art of Stealing 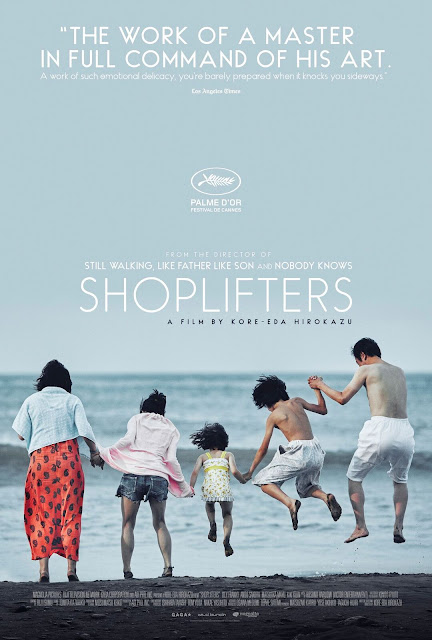 This year’s Palme d’Or winner, “Shoplifters” (2018) by Hirokazu Koreeda (“Nobody Knows,” “Like Father, Like Son”) is a transcendental morality-crime-drama where family bonding matters. 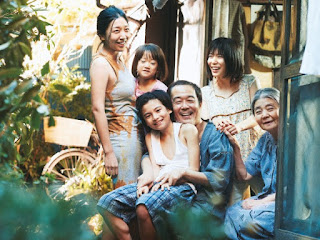 “Shoplifters” can be linked to other considerable classic creations about the same subject – as the Italian Neo-realistic production “Bicycle Thieves/Ladri di Biciclette” (1948) by Vittorio de Sica. Robert Bresson's French New Wave “Pickpocket” (1951). Even more recently to the cannibal-horror Mexican flick “Somos lo que hay/We Are What We Are” (2010) by Jorge Michel Grau, and the 2015 Argentinian time-period, family-gangster-drama “The Clan” by Pablo Trapero.

Those highly intriguing films presented a family of crooks working together towards one goal – to illegally provide the group with goods that their living conditions can’t afford. The family complicity is imperative, and their modus-operandi is similar. They naively think that there is nothing wrong in their doing, even though their crimes include petty theft, kidnapping and in some cases... murder. 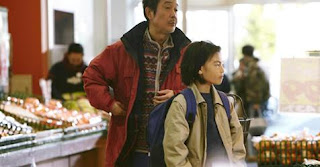 “Shoplifters” starts when a young man, in complicity with his father, enters a store to steal goods. Their plan of action includes hand signals, body language, and their gracious escape.

Over dinner, the older and prettier “sister” complains about why they forgot to steal the shampoo. The “grandmother” is an excellent cook and astute deal maker. 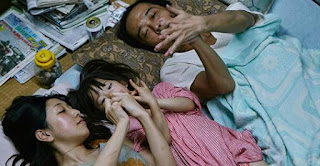 The “wife” is tired but still has the energy to find out what’s going on with the little girl that the father and their hot-shot “son” found in a cold alley.

They want to do the right thing and take the little girl to her rightful parents. Soon, they find out that the girl has some bruises as a result of domestic violence. Without knowledge of the legal implications, they bring her home, changed her look, and treat her as their own “daughter.”

The controversy centers in Japanese morality and the image they present to the world as a developed nation, while some of its people still live in deficit, isolation, and poverty.
"Shoplifters" is a monumental work of art with captivating performances, sharp cinematography, well-structured script detailing every character's background to perfection, and a convincing resolution. The pace of the film progresses the story flawlessly in a small amount of time due to its skillful editing. 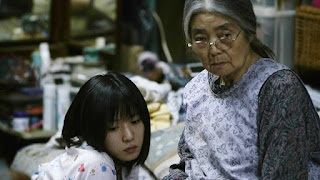 Venerable actress Kirin Kiki (“After the Storm,” “Still Walking,” “Kamikaze Girls”) does a terrific job playing the grandmother. Sadly, three months after her return from Cannes 2018, she passed away as a victim of cancer.

The Hirokazu Kore-eda latest film scoops the truthfulness of family lessons questioning who is the right person for another and who is not. What makes a parent? The one who gives birth, or the one who raises the children accordingly...  ironically speaking.

“Shoplifters” presents a cold world where everybody is looking for affection. However, the family's love is questionable by the unconventional actions that break them apart.

The harsh reality presented in the film is accentuated by the characters’ wrongdoings, betrayals, and disjointed affairs questioning the concepts of loyalty, love, and self-respect in a desolated, and dark universe.
“Shoplifters” is the Japanese Official Entry for Best Foreign Language Film at the 91st Academy Awards® and, without a doubt, is a sure contender to reach an Oscar® nomination this year.

“Shoplifters” is an amusing, unforgettable, and heartbreaking. For some audiences is hard to connect the actions and relationships of every character in the film due to a cryptic, opaque, and at the same time complex emotions reflected in the story.