By José Alberto Hermosillo
After a long break, COLCOA (City of Lights, City of Angels), returns to Los Angeles the last week of September 23-28, 2019. The French Film Festival is considered the largest and most prestigious festival dedicated to French cinema outside of France.

Presented by the Franco-American Cultural Fund, Colcoa celebrates its 23rd Anniversary with three important updates – 1. The DGA (Director Guild of America) theaters went thru a state-of-the-art renovation, and it will be projecting every single film to perfection. 2. Due to its official venue renovation, the French festival has moved from the Spring to the Fall. 3. Lastly, with the new dates, the organizers hope to bring French cinema to a spotlight during the Awards Season.
The DGA, an Extraordinary Venue

The extensive DGA Theater renovation took about six months to complete. The upgrades were designed by film directors to make the audience feel as if they are inside the movie or behind the screen. The French Film Festival will be the first event hosted at the renovated DGA theaters and to offer this experience to the public who love foreign films.
This year, Colcoa is focusing more on promoting a fewer number of films to make a lasting impression of French films in the American market before the end of the year. Colcoa will showcase 59 premieres, including documentaries, features, animations, shorts, and the classics, everybody loves the classics.

From Cannes to Los Angeles

The Opening Night Gala is one of the French festival highlights were many European stars mingle with Hollywood celebrities. The guests can enjoy champagne and Hor d'oeuvres from some of the most excellent French restaurants in the city.
“Les Misérables,” directed by Ladj Ly is the opening film. This contemporary adaptation of Victor Hugo's novel focuses on the "new" diversity of Parisian housing projects with sleazy cops, small-time hoods, The Muslim Brotherhood, and ragtag children. This controversial film won the Jury Prize and the 2019 D’Ormano-Valenti Prize in Cannes.
The French festival highlights include prestigious Academy Award winner directors such as Costa-Gavras (“Z,” “The Confession,” and “Amen”) presenting his latest work “Adults in the Room.” The prizewinner director returns to his roots of political struggles. Now, in the middle of the Greek economic crises that rocked the world. His film is offering a clear vision of the Greek tragedy that led to the 2015 bail-out referendum. “Adults in the Room” has the structure of an intense thriller that keeps spectators to the edge of their seats. Costa-Gavras will be attending the festival.
Jean-Pierre and Luc Dardenne, two times Palme d’Or winner directors presenting their up-to-date work “Young Ahmed.” With this film, the Dardenne brothers won the Best Director award in Cannes this year.
Films Directed by Women

Many of the films showcased in Colcoa are written and directed by women such as “Papicha” by Mounia Meddour. “Papicha” is part of World cinema produced by France, and it is the Algerian Oscar© Submission in the category of Best International Feature Film.

The Festival Animated Features:
“I Lost My Body,” a nostalgic and poetic animation directed by Jérémy Clapin. This detective story is a mixture of horror and romance. This outstanding first-time work received the Critic’s Week Grand Prize in Cannes.
“Minuscule: Mandibles From Far Away,” directed by Héléne Giraud and Thomas Szabo is a spectacular 3D animated delight. This tender coming-of-age story centers on a Ladybug from the snowy mountains of France trapped in a case of chestnut cream shipped off to a tropical paradise. A tale of solidarity, tolerance, and friendship. Both animated French films are in the process of meeting the Academy© requirements to qualify for the Oscars© 2020.
Closing Night Film is Nicolas Bedos’ “La Belle Époque.” The film is starring Daniel Auteuil, Guillaume Canet, Doria Tillier, and Fanny Ardant. This time-traveling comedy got an eight-minute standing ovation at its premiere in Cannes. 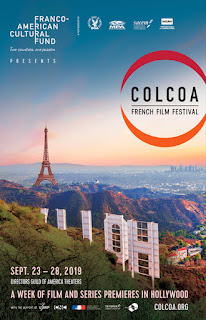 The French film festival with ELMA (European Languages and Movies in America) have significant community outreach. Both nonprofit organizations create a positive impact on hundreds of high school students, from different parts of the city, to get the full experience of the French cinema and to participate in what we call a World-Class Film Festival.

‘Cyrano, My Love’ A Fine Comedy of Love and Errors

TO ACCESS OUR INTERACTIVE FILM FESTIVAL CALENDAR FROM YOUR MOBILE DEVICE CLICK: View web version.
Festival in LA ©2019
Posted by Festival in LA at Friday, September 06, 2019 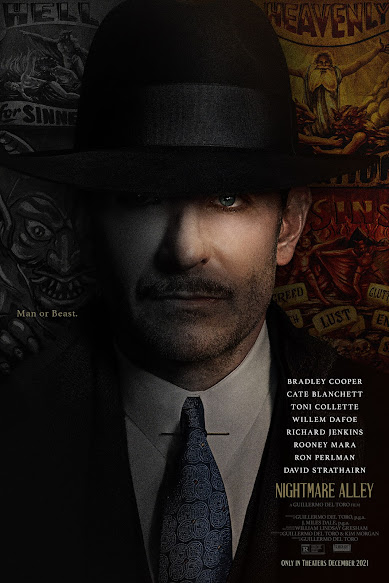