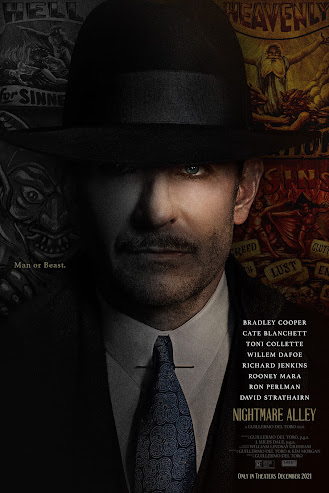 Academy Award-winning Mexican director Guillermo del Toro presented the teaser of his latest film, “Nightmare Alley,” on Twitter yesterday, with over 3 million views - the trailer went viral in a matter of hours. The Hollywood “A” cast of this, his most recent production includes Oscar-winning actress Cate Blanchett, Willem Dafoe (“My Hindu Friend”), Bradley Cooper, Toni Collette, Ron Perlman, Clifton Collins Jr., and Richard Jenkins, among other renowned performers. This film is bound to be a winter hit. 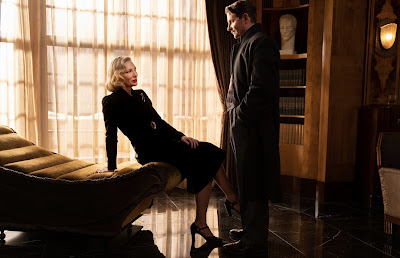 According to the laureate filmmaker, “Nightmare Alley” is not a remake. It is a new adaptation of William Lindsay Gresham’s novel and has nothing to do with the 1947 version featuring Tyrone Power in the lead. The screenplay is co-written by Guillermo del Toro himself and young writer Kim Morgan.

The story was introduced to Guillermo by his longtime collaborator Ron Perlman (“Cronos,” “Hellboy,” “Pacific Rim”) in the 1990s. At that time, it was challenging to secure the rights of the novel. This Mexican, Canadian, American production was filmed in Ontario, Canada. The post-production got interrupted right in the middle due to the pandemic's shutdown elevating the budget considerably. In the end, it is worth the effort to have such a magnificent work finished and ready to hit the movie theaters. 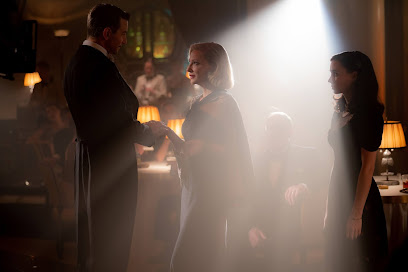 This is the first “Noir Thriller” film Guillermo del Toro ever made. His body of work fluctuates from fantasy to horror. The maker of “The Shape of Water” mentioned that his latest film has no monsters, yet, those have to be discovered by the public, because the real monsters are within the characters of this fascinating story.

The poster and first images revealed yesterday have critics and fans raving about the auteur’s mastery, naming the suspenseful venture a strong candidate for the Academy Awards in most categories. The teaser looks so intense and beautiful that it has people commenting they are planning to go back to the theaters for the first time since the pandemic started. 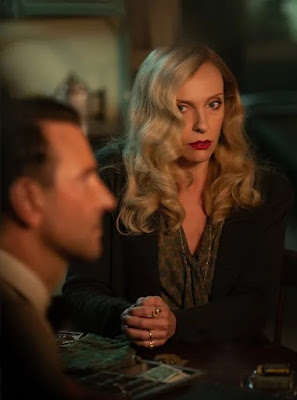 “Nightmare Alley” will be released in theaters by Searchlight Pictures on December 17th, and we cannot wait any longer to witness the work of the genius Mexican director.

Related Articles:
The Academy Museum of Motion Pictures Opens at Last
Drunken Birds: Paradox and Poetry in a Canadian Drama About Immigration
Open Letter to Guillermo Del Toro About His Beautiful Love Story 'The Shape of Water'
Annette: Swings Between “La La Land” and “Moulin Rouge!” Beautifully
My Hindu Friend; Hector Babenco's Testament to Posterity
Quo Vadis, Aida? The Perfect Depiction of a Genocide at The Balkans
Summer of Soul: The Music Fest that Gave Freedom to Thousands
Undine: Dangerous Liaisons in Berlin
Two of Us: Juliette & Juliette of Montpellier
Parasite: Accomplishes the South Korean Dream
And Then We Danced: Folk, Love & Pride in Georgia
“Synonyms” A Good Jew in Paris
“Roma” Anarchy and Repression in an Epic B&W Mexican Drama
“Birdman or (The Unexpected Virtue of Ignorance)”
THE WORLD'S BEST FILM FESTIVAL POSTERS 2020
The Best Latina-Theme Movies in America