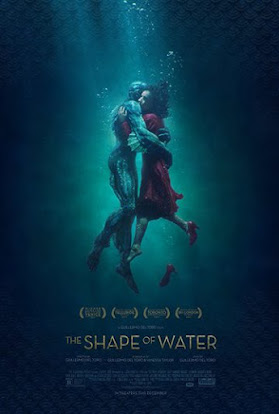 Left my neighborhood theater in Palm Desert, California, in tears today. There were just 5 other people at the first showing at 10:15 AM. But this was not the reason.

The beautiful reason was that your film, “The Shape of Water” touched me in so many ways, Guillermo Del Toro.  Like you and I had collaborated together?

First, I am a big fan of the Creature From “The Black Lagoon” 1950s films. I always thought it was a love story of the Creature and the girl. The girls in the movie felt his humanity, though at times they would scream.

Even Marilyn Monroe says in “The Seven Year Itch” film that she felt sorry for the Creature. Wasn't Marilyn saying, "Oh, that poor Creature, he just wants to be loved, when she and Tom Ewell, walk out of the movie theater in New York City? Those Black Lagoon films are favorites of mine.

Second, how and why, did you select 2 songs, that I, as a professional singer, sing?

The song, “ You’ll Never Know,” I first heard Alice Faye sing in the film “Hello Frisco Hello”  when shown on television. Then you knocked me out, by having the lead actress, play the Glen Miller LP record of “I Know Why, And So Do You,” which I first heard in “Sun Valley Serenade.” This film also was shown on television, plus I own the DVD film and have a CD of the Glen Miller Orchestra containing that song.  I learned the song then too.

Both these songs bring tears to my eyes still, when I sing or hear them.

Your film was magnificent, and I am very selective in attending movies, as I do not often go, like I did in Los Angeles, Ca.

After the credits, I immediately phoned my good friend, Jose Alberto Hermosillo, who is a great writer and film critic, to tell him of my enjoyment and where could I write and pass this on.
How I wish I could sit and talk about how you came up with this. It is so me.

Another tidbit, one of my close friends, teaches sign language out here where I reside. I told him about your film that it’s a must-see. Thank you, thank you.
Eve Holmes 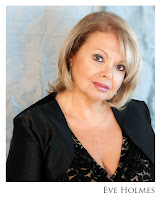 The Seven Year Each (Clip)
The Shape of Water (trailer) 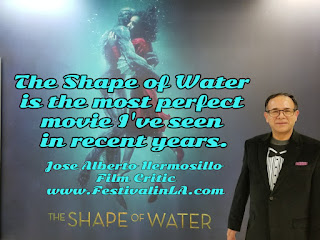 RELATED ARTICLES:
The Academy Museum of Motion Pictures Opens at Last
Under the Volcano: The Golden Era of a Recording Studio in the Caribbean
Roma and Ten New Mexican Trailers
“A Fantastic Woman” Love, Grief, and Compassion in Santiago

Email ThisBlogThis!Share to TwitterShare to FacebookShare to Pinterest
Labels: Best Picture, Creature from The Black Lagoon, Eve Holmes, Guillermo del Toro, I Know Why And So Do You, Marilyn Monroe, Open Letter, Soundtracks, The Shape of Water, You'll Never Know