By José Alberto Hermosillo
The AFI FEST presented by Audi - celebrated in the heart of Hollywood - attracted thousands of film-lovers, filmmakers, and celebrities from all over the world.

The festival had a fantastic line-up of Hollywood Premieres, Foreign Films, American Independents, Documentaries, and Shorts.

Every year, the AFI FEST gives Angelinos a unique opportunity to view international films awarded in other festivals and to meet the filmmakers.

The festival showcased a good number of foreign films, 14 were Oscar submissions in competition - “In the Fade” from Germany. “Foxtrot” from Israel. “A Fantastic Woman” from Chile. And “Loveless” from Russia.

Other magnificent foreign films that were shown in the festival worth mentioning are: 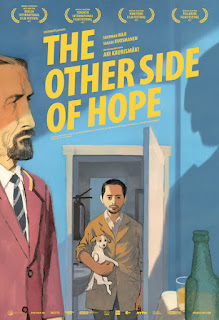 1. THE OTHER SIDE OF HOPE, (Finland/Germany). A remarkable masterpiece directed by Oscar nominee Aki Kaurismaki (“The Man Without a Pass,” “Le Havre,” “Leningrad Cowboys Go America”).

This incredible story is about immigrants. It begins with Khaled (Sherwan Haji), a Syrian refugee from Aleppo shipped to Helsinki.

In Finland, he falls in love with the city. He looks for a legal residency via asylum and hopes that he could remain in the country legally. In the shelter, he meets other immigrants who tell him how the system works in the Nordic country.

The bureaucracy, racism, and hostile environment confront his persona, setting him in a desperate survivor mode.

While trying to respect the law, things get complicated when the official institutions, blind-sided, take their time to process his application.

The story smoothly splits to follow a retiring, middle-age salesperson, who wants to collect money playing poker and adventuring into the restaurant business, a place where all the peculiar characters meet.

This magnificent film goes from a colorful Pedro Almodovar style to the visual symmetry of Wes Anderson.

These global interwoven stories with contemporary topics give the audience the satisfaction of watching a unique and fascinating piece of art. 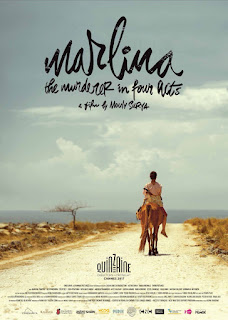 2. MARLINA THE MURDERER IN FOUR ACTS, (Indonesia, France, Malaysia, Thailand). Directed by a brave filmmaker, Mouly Surya, who displays no inhibition to expose marginalized and ravaged women. Marlina must come out victorious.

Act II, Marlina’s journey starts with her walking in the middle of the road with the head of one of them. She meets other eloquent characters that add sense to this tragic story.

Act III, The Confession, as she looks for help, she worries that she could be criminalized or defended.

Act IV, The Birth, has an exceptional resolution that surprises many. 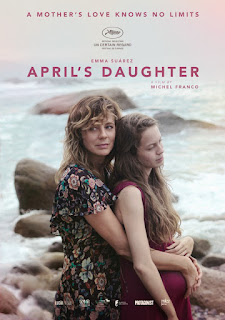 The winner of the Jury Prize in Cannes manages to put together this intense family drama displaying a wide range of women's emotions.


This unforgettable film opens up the debate about the treacherous obsession of a mother who doesn’t want to age by stealing her youngest daughter's life.


Living in denial, April, wonderfully played by Spanish actress Emma Suarez (“Julieta”), after a long absence, returns to take care of her two young daughters and straighten them out.

The oldest is overweight with an eating disorder. The youngest is pregnant with severe sex addiction.


The process of maturing as the women depicted in this film doesn’t come quickly for any of them.

The youngest develops a Postpartum Depression and is not able to take care of her baby girl. April’s overwhelming need to help causes her to make the wrong decisions for the rest of their lives.

Every situation propels their lives into chaos in a somber society where adults make decisions for the younger ones that affect them legally and emotionally.

Similar intense emotions as the ones shown in the Dardenne Brothers' Palm d'Or winner "L'enfant." 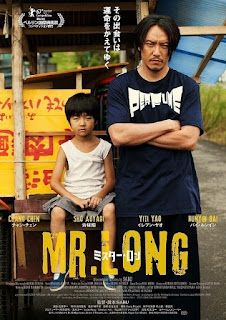 
A Taiwanese hitman named Mr. Long is on a challenging mission to Tokyo. Injured in a fight, he hides in the slums of the city. His unique cooking skills get him close to a little kid whose mother is on drugs.

The naïve neighbors enjoy his delicious Chinese dishes and help him to place a little business on wheels. But his past returns to haunt him.

Director Sabu perfectly blends violence with melodrama and comedy with a moment of solidarity and tenderness that will melt your heart down to the bone. 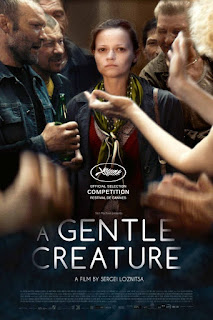 5. A GENTLE CREATURE, (France, Germany, Lithuania, Netherlands). A Russian woman propels herself on a bizarre journey to Siberia, to find out what happened to her husband inside the prison after a package is sent back to her.
The beauty of the film centers in this nameless woman who respects and loves everyone, including her house, the neighbors, and her dog.

Poignant and controversial, this movie denounces the corruption, harassment, and abuse, not only of the authorities and the army but to the entire decadent society.

Ukrainian director Sergei Loznitsa (“My Joy,” “In the Fog,” “Austerlitz”) masterfully stays with the main character until the very end, presenting a vulnerable figure in dangerous places and cities without hope. 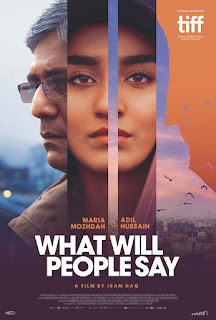 6.  WHAT WILL PEOPLE SAY (Norway, Germany, Sweden). The double life of Nisha recounts the story of a young Pakistani teenager living in Norway with her ultra-conservative and pretentious family.

The girl follows the rules at home. In school, she wants to be liberated and dresses, dates, and acts like any other Norwegian girl of her age.


Getting caught with a boyfriend trying to have her first sexual experience, her father takes her back to their home country, where she gets a more rigorous discipline.

Nisha's martyrdom starts when the learning process gets more painful, and her dignity and her safety are tested to the extreme.


This powerful and brilliant project is directed by Iram Hay, an Oslo born writer, director, and actress with an enormous talent that elevates this second picture of hers to a high level of affection.

7. V.I.P. (South Korea). Part of the Midnight Section of the festival. Directed by Park Hoon-Jung is an excellent ultra-violent thriller (writer of “I Saw the Devil,” and director of “The Tiger” and “The Showdown”).

The story focuses on a wealthy, sadistic North Korean young male and his buddies crossing south of the border to rape and kill young girls.

Three police agencies fight among themselves to bring to justice this cold-blooded serial killer.

Nepotism and corruption from the authorities and a dishonest American lawyer who pulls strings, let this outlaw go free to continue his brutal killing spree.

The three agencies are integrated by a Lead Federal Officer, a Korean Agent, a local Cop (a Lone-Wolf player) – each of these three cops take the act of this criminal personally and pursue him to the utmost extent of the law. Vengeance is circumstantial.

The exceptional performances of "V.I.P." make out this Korean flick an intense, wild, and unforgettable ride.