With well-elaborate exhibits, more screenings, Q&As, and special events, Netflix reached out to more press, social media, and had the attention of Academy members.

Without any surprises, Netflix received more Oscar nominations than any other Studio 24, including two for best picture, two for best animation, two documentaries, and one documentary short. Disney, the closest contender, had 23 nods for all its productions.

This year, without any controversies, the streaming service showed its films for seven days in movie theaters in the Los Angeles area before its streaming platform.

Netflix's aggressive campaign and its spirit for excellence and customer service yielded for success with more number of nominations and, at the same time, with more online subscribers regardless of the recent increment of the subscription fees.

The public had the opportunity to appreciate the films on the big screen, assist to Q&As with the directors, talent, and crew members. Plus, the city witnessed some cool exhibits with costumes, props, and sets to immerse spectators into how the movies are made.

Here is a series of photographs with the costumes, sets designs, and props of a well-mounted Netflix exhibition at the Four Seasons Hotel in Beverly Hills, early January.

The exposition, with a museography, quality, included vital elements of the films "Dolemite is My Name," "Marriage Story," "The Irishman," and "The Two Popes."

The Netflix live-experience made spectators feel as if they were inside of those outstanding movies that reached an Oscar nomination. 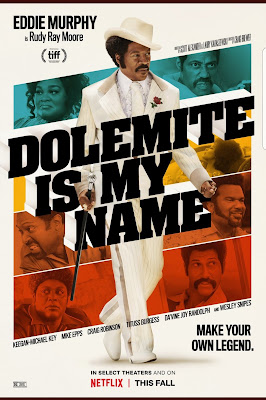 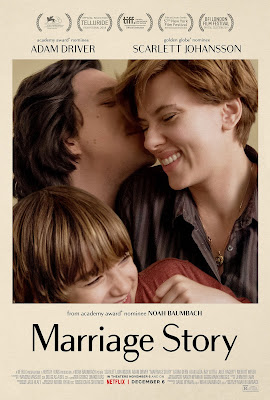 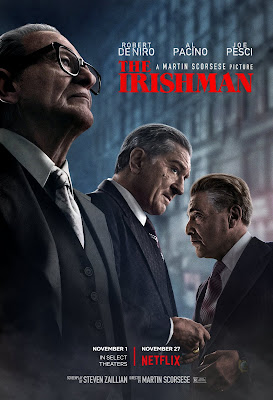 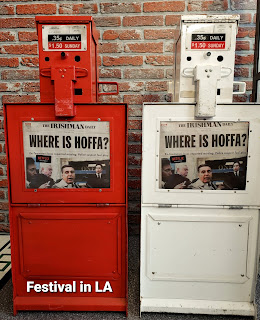 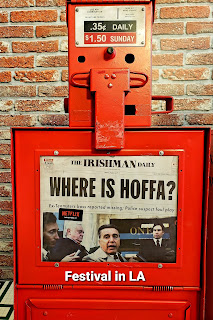 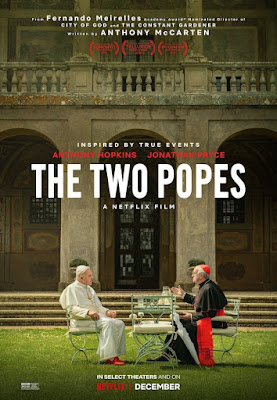 The Two
Director: Fernando Meirelles
Stars: Jonathan Pryce, Anthony Hopkins.
Writer: Anthony McCarten.
3 Oscar Nominations.
Related Articles:
The Academy Museum of Motion Pictures Opens at Last
Drunken Birds: Paradox and Poetry in a Canadian Drama About Immigration
Under the Volcano: The Golden Era of a Recording Studio in the Caribbean
I Lost My Body; I Found An Animated Masterpiece
The Painted Bird: In the Dawn of the Holocaust
NINETEEN BEST FILMS OF 2019 - FESTIVAL IN LA


IF YOU ARE READING FROM A MOBILE DEVICE, CLICK: view web version FOR OTHER COOL FEATURES SUCH TRANSLATE POWERED BY GOOGLE, AN INTERACTIVE FILM FESTIVAL CALENDAR, AND MORE.
Festival in LA ©2020
Posted by Festival in LA at Monday, January 20, 2020