THE SCANDINAVIAN FILM FESTIVAL L.A. IS BACK - 20TH EDITION

The Scandinavian film festival will entertain Los Angeles audiences the weekends of Jan. 5-6 and 19-20 at the Writers Guild Theater, located at 135 S. Doheny Dr. in Beverly Hills.

Festival in LA highly recommends the European trolls sensation “Border” from Sweden. This fantastic film is one of the Oscar® semi-finalists in the Best Make-Up Category. 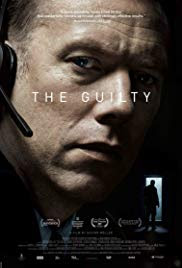 The festival screens the tremendously praised Danish thriller “The Guilty.” This film is shortlisted in the Best Foreign Language Film Category. Its director, Gustaf Möller, will be there for a Q&A.
“Becoming Astrid” is another unmissable film. The biopic of a teenager Swedish writer. Astrid Lindgren focused on children's books. Her credits include the creation of the Pippi Longstocking series.

The Finish director Aku Louhimies will participate in a discussion after the presentation of “The Unknown Soldier.” 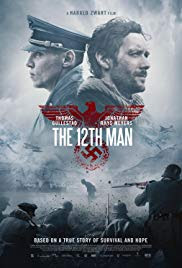 The Director of the critically acclaimed Norwegian historical drama “The 12th Man,” Harald Zwart will be present as well. 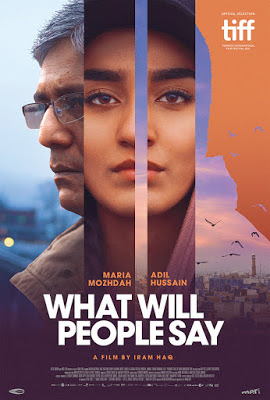 Other Oscar® submissions include: “Euthanizer” from Finland, “To Be Continued” from Latvia, “Woman at War” from Iceland, “What Will People Say” from Norway, and “Take It or Leave It” from Estonia.
Another must-see submission is “Wonderful Losers” from Lithuania. The magnificent documentary describes the lives of those cyclists who sacrifice their careers to help their teammates win a race in European competitions. 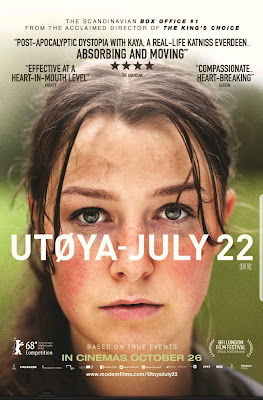 The Nordic fest closes with two magnificent films, “July 22” from Norway, a story about a terrorist attack in a political rally on the island of Utøya.

Also, “One Last Deal” from Finland. A beautiful story of an Art Dealer trying to redeem himself from his mistakes of the past in the auction business.
The festival will have its Opening Gala with a buffet from Chef Sirpa Welch’s Scandinavian Kitchen on Jan. 5th at 5:30 PM. The $40.00 ticket includes the Opening Ceremony and access to the Opening Film, “The Guilty.”

Once again, Angelinos can get exposed to some of those beautiful movies from the Nordic countries at the Scandinavian Film Festival L.A.


For the full calendar and more information, please visit the festival's website www.sffla.net

FESTIVAL'S SCHEDULE LINK:
Related Articles:
The Academy Museum of Motion Pictures Opens at Last
SCANDINAVIAN FILM FESTIVAL L.A 2020
SCANDINAVIAN FILM FESTIVAL LA 2023
Under the Volcano: The Golden Era of a Recording Studio in the Caribbean
“The Silence of Others” Speaks Up in Amnesiac Spain
“Roma” An Unprecedented Best Picture Nomination for a Movie in Spanish
“Shoplifters” The Universal Language of Stealing
THE BEST FILM FESTIVAL POSTERS OF 2018
THE BEST FILM FESTIVAL POSTERS OF 2017
The Best Latina-Theme Movies in America
The Best Movies of 2018 - Festival in LA

TO ACCESS OUR INTERACTIVE FILM FESTIVAL CALENDAR FROM YOUR MOBILE DEVICE CLICK: View web version.
Festival in LA ©2018
Posted by Festival in LA at Wednesday, January 02, 2019