Marlina the Murderer in Four Acts is the Indonesian Entry for the 91st Academy Awards. 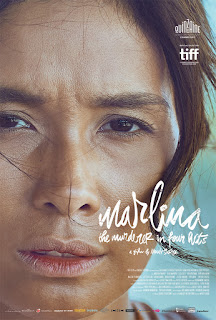 “Marlina the Murderer in Four Acts” is a women-driven film with a punch.

Brave young filmmaker Mouly Surya displays no inhibitions to expose the living conditions of marginalized Asian women. It is the Indonesian entry for Best Foreign Language Film at the 91st Academy Awards.

"Marlina..." cleverly displays a grotesque violence and delivers the bittersweet pleasure of vengeance. It is almost like a Quentin Tarantino movie where violence is everywhere but is still enjoyable.

Divided into four parts, Marlina is one of those underdog heroes who somehow comes out victorious in any given situation that endangers her well-being. 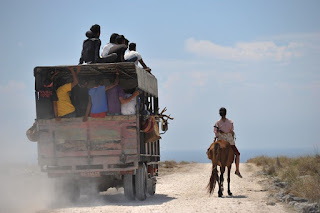 Act I. The Assault brings tension right from the very beginning as Marlena has to confront seven “bad hombres” demanding food and sex. 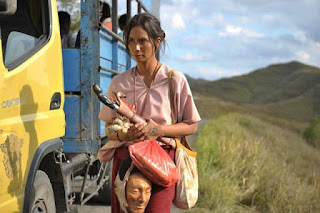 Act II. The Journey starts at the moment she walks out of her house and hits the road with a plastic bag in hand. Inside, the head of one of her attackers.

Like in the “Wizard of Oz,” down the road, she encounters some unusual characters that will make her trip more amusing.

Act III. The Confession. As Marlina looks for help from the authorities and wants to confess, she is afraid of making things worse because of her status as a poor woman. 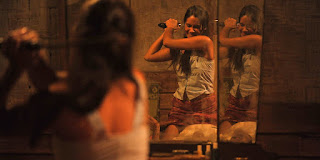 Upon Marlina's return, she finds the peace she is looking for.

Act IV. The Birth brings surprises, twists and turns to the story with a satisfactory resolution.

All I want to say about "Marlina Murderer in Four Acts" is that I loved its exquisite beauty, her strength as a woman and her unbroken spirit.
Marlina the Murderer in Four Acts - trailer
Related Articles:
“Roma” is Mexico's Official Entry to the 91st Academy Awards®
“What Will People Say” is Norway's Entry for the 91st Academy Awards®
“I Am Not a Witch” is the United Kingdom Selection for the 91st Academy Awards®
The Best Latina-Theme Movies in America
Latinas Tackle the "Latinx Issue" in Hollywood
The World's Best Female Lead Singer Movies
“A Fantastic Woman” Love, Grief, and Compassion in Santiago
Roma and Ten New Mexican Trailers
SEVEN GREAT FOREIGN FILMS SHOWCASED AT AFI FEST 2017