The members of the Jury awarded the Un Certain Regard prizes on May 27, 2017. The films competing in this section were 18 from 22 countries, including some co-productions.

The Awards in this section are a preamble to what will be honored at the big ceremony for the Official Selection Awards, Sunday evening. 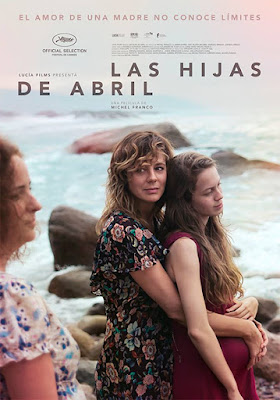 Michel Franco previously won the best screenplay award in the Official Selection of the Festival in 2015 for "Chronic" and the Un Certain Regard award for "After Lucia" in 2012.


THE UNCERTAIN REGARD AWARDS WERE:

All of them have won and were nominated for many awards, including Oscars, Golden Globes, Palm d’Or, BAFTAS, and more.

These artists are the most famous Mexicans in the film industry, Salma Hayek, who was a jury member a few years back, actor and director Diego Luna, actor and producer Gael Garcia Bernal, Alejandro G. Iñárritu, cinematographer Emmanuel 'Chivo' Lubezki, Guillermo del Toro and Alfonso Cuarón.

The afterparty was phenomenal, the Mariachi Band was provided by Salma Hayek, and everybody sang, drank tequila, and partied Mexican style.