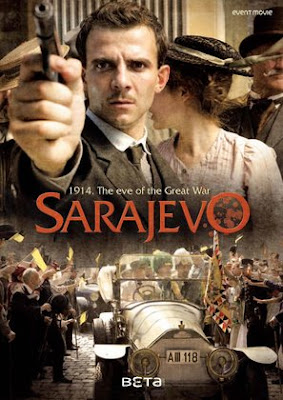 “Sarajevo” is an epic, smart, intense, and magnificent political thriller, with some romance and drama. Historically accurate, it depicts the turn of events that detonated World War I, better known as the Great War.

The timing couldn’t be any better for this Austrian production when Europe commemorates the centennial of military conflict that involved many nations, left thousands of casualties, and changed Europe’s map forever. Sarajevo, ground zero.
“Sarajevo” is not a war movie, Let’s call it a “Prewar flick," where conspiracy and greed played a significant role.

Leo has little time to process the evidence, witnesses, maps, military corruption, police inefficiency, and the elite. People in power only want war. The assassins were immature and idealistic teenagers, who did not want to confess who told them to do it. 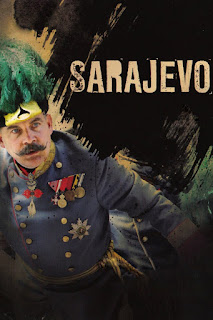 Leo’s integrity and the love he feels for Marija keep him going against the odds. Leo goes down and dirty to discover the conspiracy and greed of the ones who are on top of him.

“Merry Christmas/Joyeux Noel” is another a film set in WWI, but this one focuses more on the cruelty of the war and the humanistic side of it. “Sarajevo” is more about the investigation and the plotting before the great conflict.

The film is impeccable, accurate, articulate, linear. It is well directed by Andreas Prochaska (“The Dark Valley”). It is intended to hit the European T.V. market, but theatrical release in America is in the works.

Some may say it is heavy on stereotyping the Serbs or Leo being Jewish, but it is another approach to explain how the anarchist and racial intolerance created chaos on the Balkan Peninsula a century ago.

And above all, the compelling script by writer Martin Ambrosch, who researched the historical documents, places, and facts, made characters and situations believable.

“Sarajevo” is one of the first great films of 2014 no one should miss. I highly recommended it.

Related Articles:
“The Square” An “Exit Through the Gift Shop”
“In the Fade” “Revanche” in Hamburg
The Best Film Festival Posters of 2017
“Endless Poetry” The Atypical Universe of Alejandro Jodorowsky
“Cezanne and I” An Extraordinary Journey of Art and Friendship
“Elle” The New “Basic Instinct” with a “French Twist”
“Neruda” Runaway Poet
20 BEST GAEL GARCIA BERNAL MOVIES
SEVEN GREAT FOREIGN FILMS SHOWCASED AT AFI FEST 2017
THE BEST FILM FESTIVAL POSTERS OF 2018