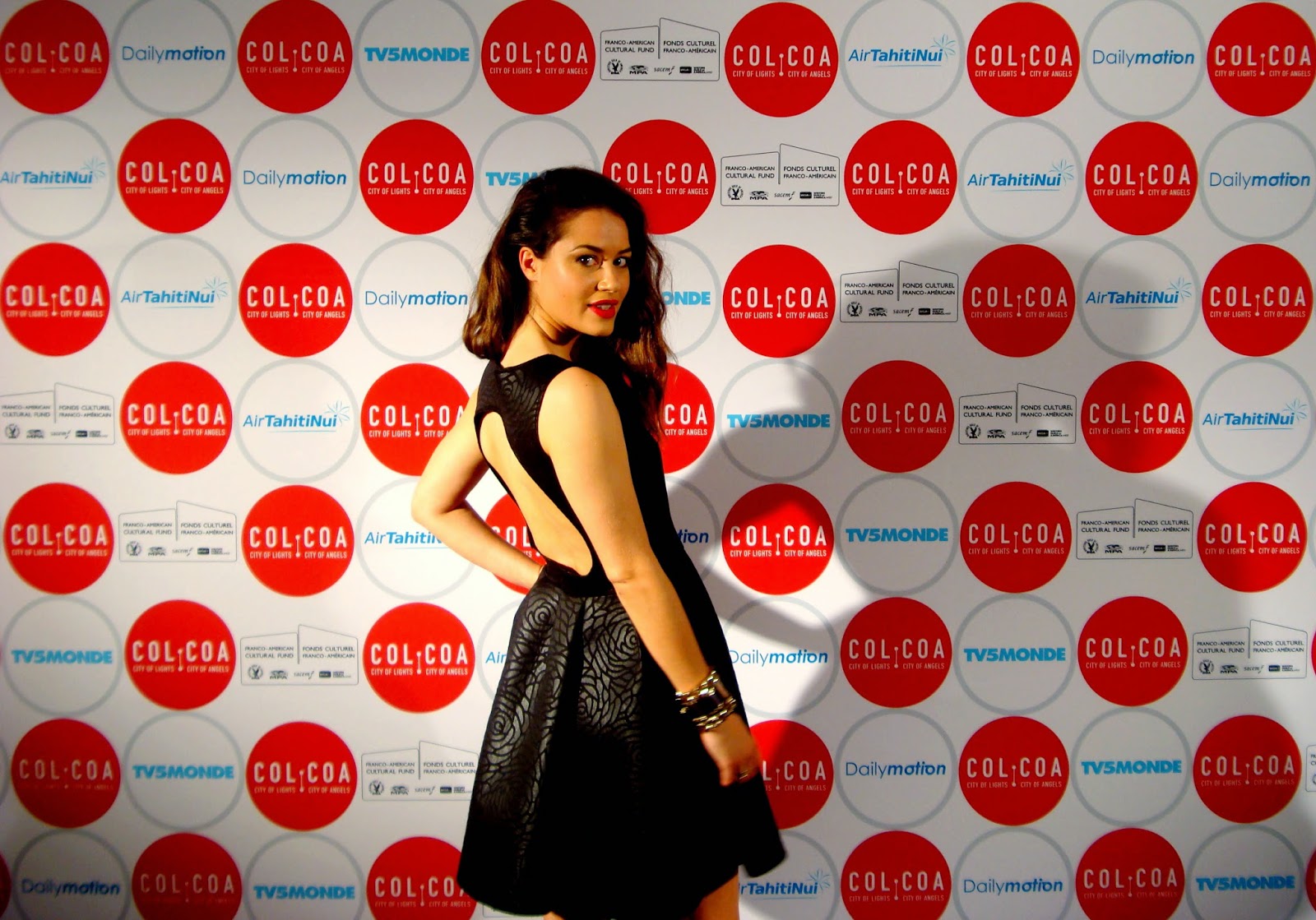 Hollywood, California. April 28, 2014.  COL-COA 2014 (City of Lights – City of Angels) ends up with a high score, bringing the best films, directors, and stars from France in the heart of Hollywood. The week of French Premieres in Hollywood was held at the Director’s Guild of America and it was a complete success, every screening was sold out.
COL-COA showcases la "crème de la crème" of French cinema in one spectacular week that began with “We Love You, You Bastard” directed by the legendary Claude Lelouch. The Oscar winner director for “A Man and a Woman” (1966). Lelouch introduced the film in person and stayed after for a very interesting Q&A. 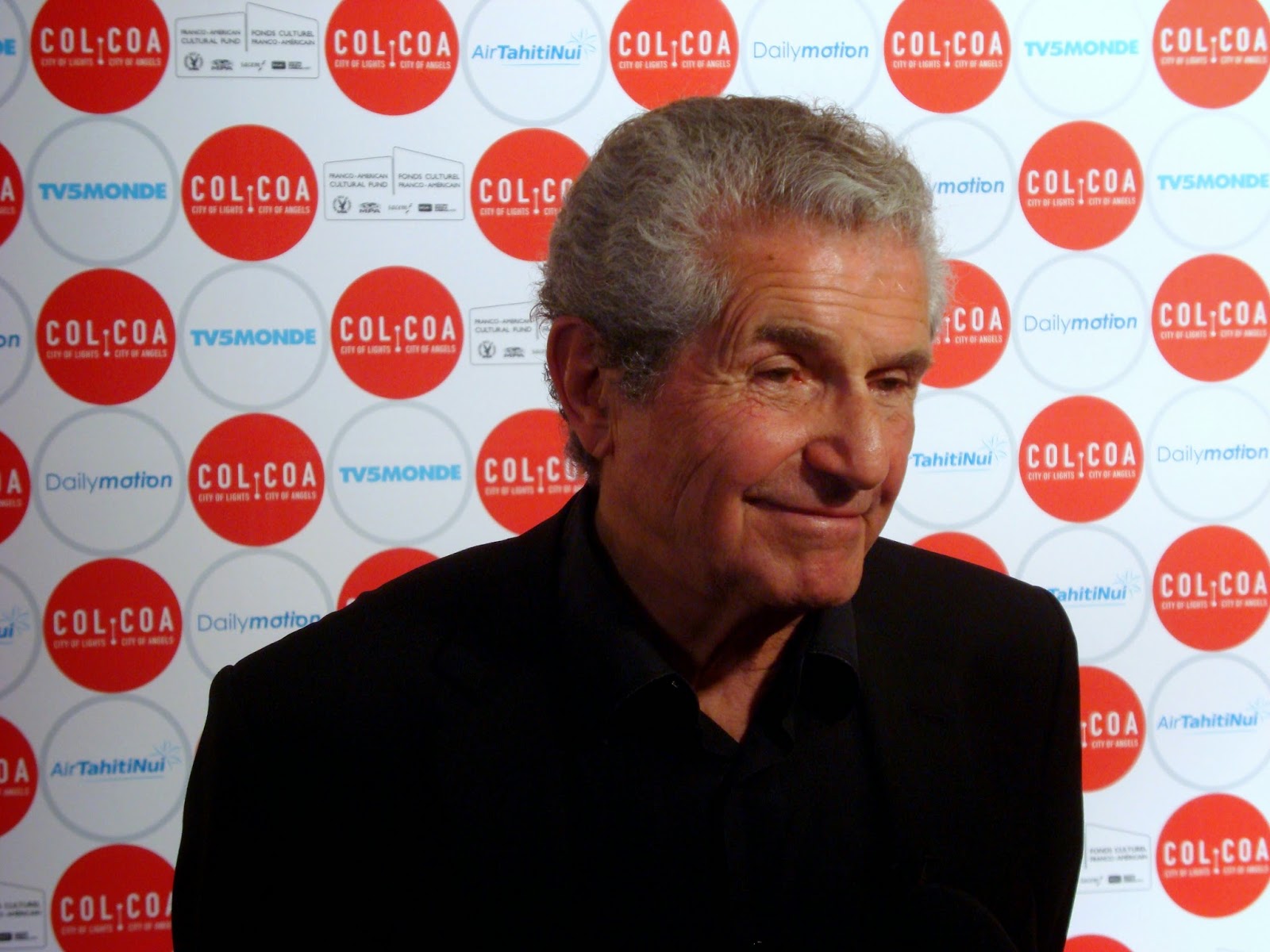 The conversation with him was a treat for film lovers. 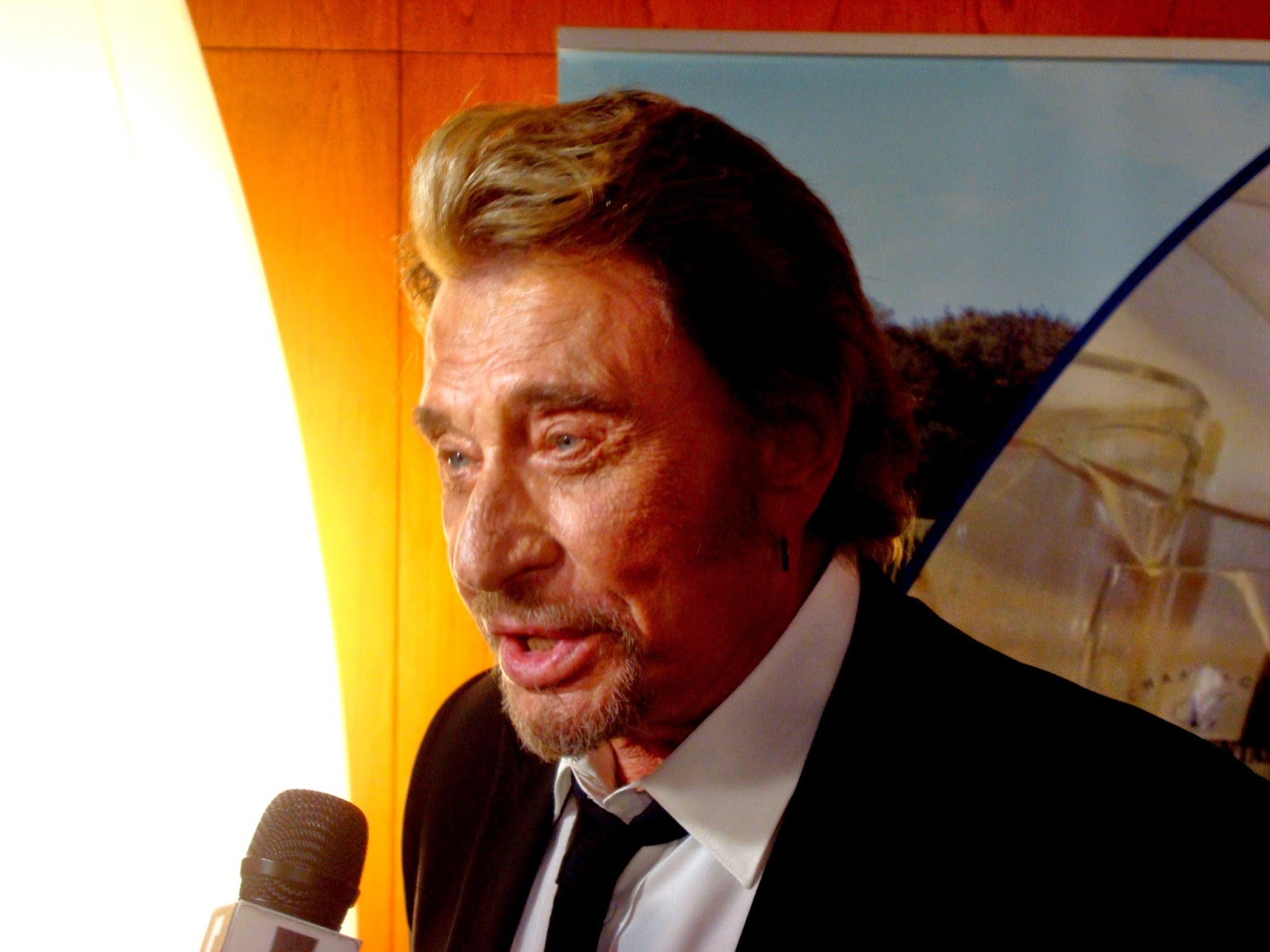 The famous star of "Bastatd...," Johnny Hallyday, was present during the screening.

The Opening Night
The spectacular opening night welcomed everybody with a fabulous “champagne cocktail” at the elegant lobby of the DGA, where the French actors and filmmakers mingled with the crowd.

During the week, COL-COA presented 61 films, including 20 shorts and 37 North American premieres, and 6 restored classics.
COLCOA showcased 4 new award winner documentaries: “On the Way to School,” “Stop-Over” (L’Escale), “How I Come to Hate Math,” and “Flore/Flore, route de la mer,” which won the best documentary award.
COL-COA Classics
A new section was introduced this year of French classics in their restored versions coming back to American theaters very soon. The selection included: "Purple Noon," "The Man Who Loved Women,” “Favorites of the Moon,” “Beauty and the Beast,” “Queen Margot,” “The Murderer Lives at Number 21.”
A special presentation of “L’Auberge Espagnole” that included a conversation with the acclaimed director Cédric Klapicsh. He also presented the West Coast premiere of his most recent work “Chinese Puzzle” that completes his trilogy with “Russian Dolls.”

Actor Romain Duris, who plays Xavier in the three films, made an introduction in a very simple and fun way saying: “Hello, I’m happy. I’m French”. The audience went nuts. In a press conference, I asked Mr. Doris: “How is it to be in bed with “Amélie?” I was making reference to the love scene, he has with actress Andrey Tautou in “Chinese Puzzle.” He was speechless, and because he's a gentleman, he only laughed.

COLCOA Meets the Press
COLCOA is the most press friendly festival in Los Angeles with 14 press screenings, 4 press conferences, interviews, photo opportunities, access to all regular and special screenings, no press members were waiting out side the theaters.
Film criticism is fundamental in the filmmaking process. If people wonder why French films have so much press coverage, it’s because someone is doing the job.

- Audience Short Award: THE AUDITION
- COLCOA Short Film Award: THE RUN AWAY
French Films for Everybody
COLCOA met everyone’s expectations in all genres: from comedy to suspense, documentaries and family dramas. The new “French NeWave 2” is in everybody's mouths with films considerate as “provocateurs,” such as: “The Age of Panic/La Bataille de Solférino” (one of my favorites), “One of a Kind,” and this year Critic’s Award winner “Vandal,” directed by the young and talented Hèiler Cisterne.

COLCOA had filmes for a mature audience made by great directors such as “Venus in Fur” by Roman Polanski, “Young and Beautiful” by Fraçois Ozon, “Not My Type” by Lucas Belvaux, “Love is a Perfect Crime” by Arnaud Larrieu and Jean-Marie Larrieu. “Abuse of Weakness/Abus de faiblesse” by Catherine Breillant, "Abuse..." has the stunning performance of Isabelle Huppert.
"For Woman” was an elegant time-period piece, well directed by Diane Kurys, who also told us that her film was an autobiographical one.

French Comedies Rock
COLCOA presented some risky parodies: “Jackie and the Kingdom of Women,” and comedies like: “Paulette” a drug dealer granny, “Superchondriac,” “9 Months Stretch” and the box office hit “Babysitting.” All comedies were among people’s favorites.
“9 Months Stretch/9 mois ferme” is a story of a woman judge working in a court who gets pregnant by a thief. The film was directed and acted by Albert Dupontel, who does a terrific performance of this sneaky outlaw.
French Film Industry
France has one of the world’s most healthy film industries with more than 240 productions a year. French films do well at the European box office and are expanding to other markets.
If you missed COLCOA films, most of them will get a commercial run in US theaters during the year. You can also catch them in other platforms such cable and video on demand.  If you want to know more about where the French films are going to be playing, you can join the COLCOA Facebook page.
COLCOA, helmed by executive producer & artistic director, Francois Truffart, has been one of the best film festivals in Los Angeles. The organization was pristine.
For more French films that everybody loves, we’ll see you at #COLCOA 2015.
Posted by Festival in LA at Thursday, May 01, 2014