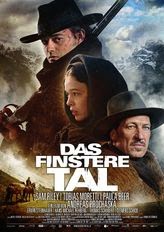 “The Dark Valley” is intensely violent, beautiful, and full of contrast. This is a new modern European western that has Sergio Leone’s style with influences of Clint Eastwood and Sam Peckinpah.

“The Dark Valley” is the story of a man who comes to town to restore his identity and the dignity of the people who lived in fear. 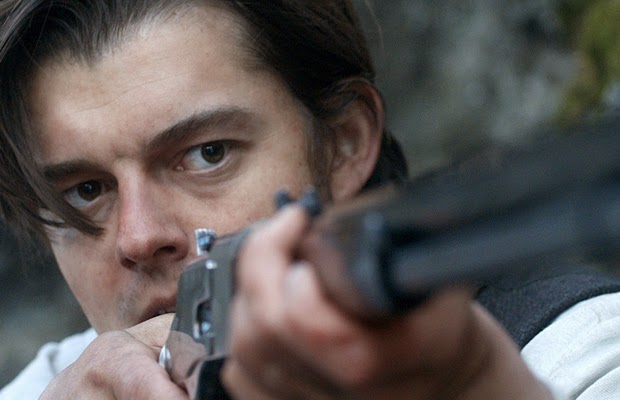 The excellent performance by the British actor Sam Riley (“Control,” Maleficent,” “On the Road”) and supporting cast such as German actor Clemens Schick (“Futuro Beach”) make this Austrian-German co-production believable and exciting.

The size of the supporting cast - many of them from different backgrounds - makes it difficult to interact with each other. But as director Andreas Prochaska said: “At that time, people didn’t talk much, they worked. Their expressive faces are landscapes where we can read emotions, ideas, thoughts...” 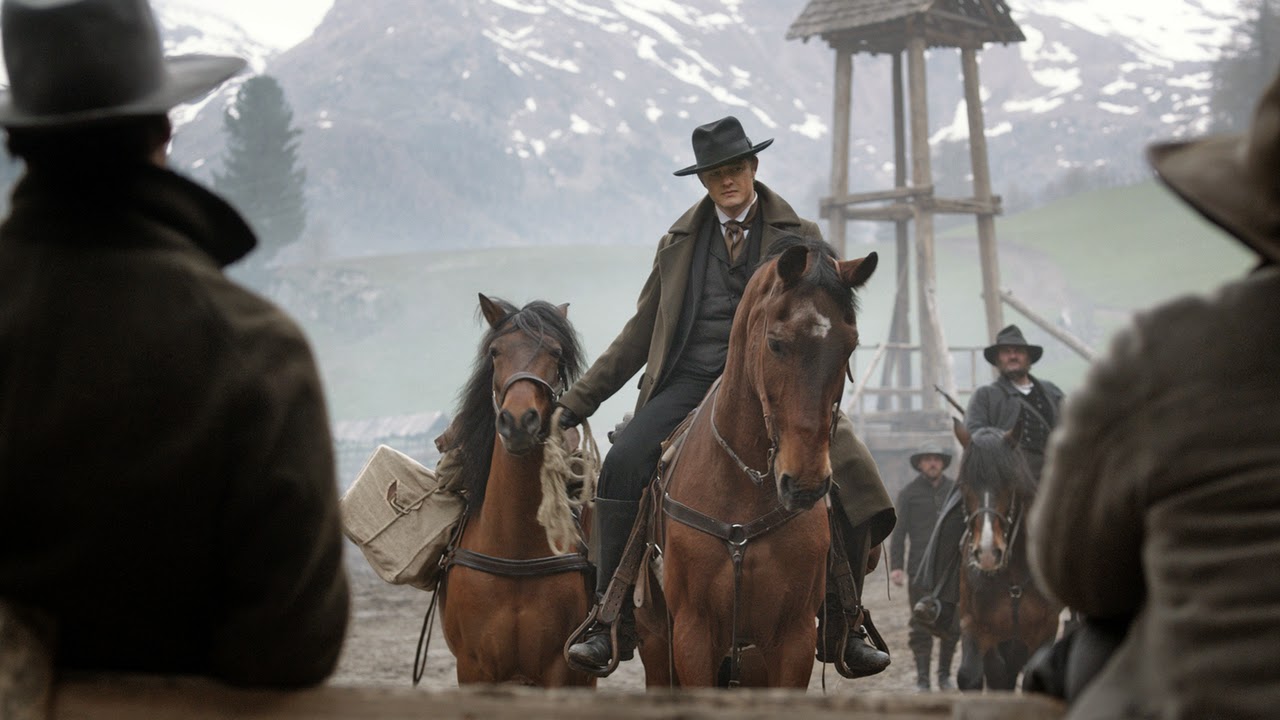 For him, his biggest challenge was to work with horses. "It was challenging," he said. Also, he added that it took more than a year to convince the writer for the rights of the novel.

Visually, “The Dark Valley” doesn’t look like a traditional western: gold, red, yellowish, and sepia - its cinematography is more obscure, dark blue. The darkness of the sky in combination with the light reflected on the white snow, makes everything look more bluish, not sharp black as the Oscar© nominee for best cinematography “Sleepy Hallow” or the French super-production “Brotherhood of the Wolf,” but works well creating a mysterious and haunting atmosphere.

This film is a big contrast with the director’s previous movie, which has sharp and bright colors, the image makes a huge contrast with the story, which is about one of the most obscure events in world history, regarding what happened in a place where the Great War started, “Sarajevo.”

The rigid camera, in the beginning, gives the right atmosphere to appreciate the gorgeous landscape of the majestic Alps. In the end, the steady camera makes us lose the adrenaline accumulated during violent moments. Some of the interiors were amazing, the bar scene was shot inside of a Bavarian Museum.  The cinematography was done by a very talented D. P., Thomas W. Kienast. 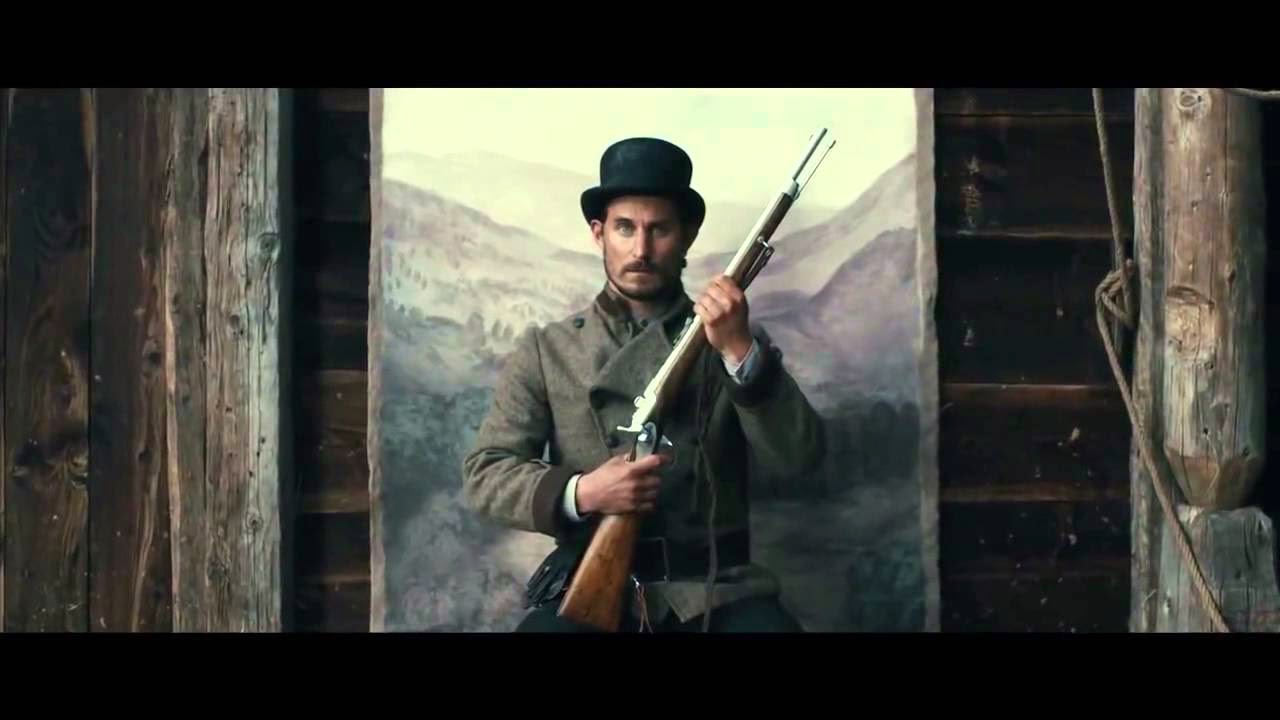 The innovative transitions make us hold our breath with so much beauty. Those are done with a still photographic style that invites us to look up for what is coming next. Daniel Prochaska was the editor.

Accordingly, with the music composer Matthias Weber, the score has to serve the director’s vision. In that sense, the music is constructed more psychologically, much more the modern, mostly with the strident opening song “Sinnerman” that makes an enormous contrast with the period where the story takes place, almost like in "Django Unchained" or "Desperado."

Many compare this new western with “The Great Silence” because of its team of revenge and cold murders - Others said that the adaptation of the novel fell flat on the screen, in terms of narrating the story.

But in the end, no matter how the revenge is served when all the damage is done. We have to remember that “freedom is a gift not everybody likes to receive” because a bastard is always a bastard.

“The Dark Valley” is the official Austrian submission for the Oscars© and premiered at the German Currents in Los Angeles - Organized by the Goethe Institute of Los Angeles and the American Cinematheque who were able to bring from Austria and Germany the director,  the music composer, the cinematographer, and actor  exclusively for this presentation.

Other great films showcased at the German Currents Los Angeles were:

Sarajevo, Strategy and Complot Triggers the Great War
“The Square” An “Exit Through the Gift Shop”
“In the Fade” “Revanche” in Hamburg
The Best Film Festival Posters of 2017
“Endless Poetry” The Atypical Universe of Alejandro Jodorowsky
“Cezanne and I” An Extraordinary Journey of Art and Friendship
“Elle” The New “Basic Instinct” with a “French Twist”
“Neruda” Runaway Poet
20 BEST GAEL GARCIA BERNAL MOVIES
SEVEN GREAT FOREIGN FILMS SHOWCASED AT AFI FEST 2017
THE BEST FILM FESTIVAL POSTERS OF 2018